THE STREETCAR BENDS THE CORNER AROUND ONCE, AIN'A?

The Milwaukee Hop project has been eleven years in the execution, and as of today it's carrying passengers. 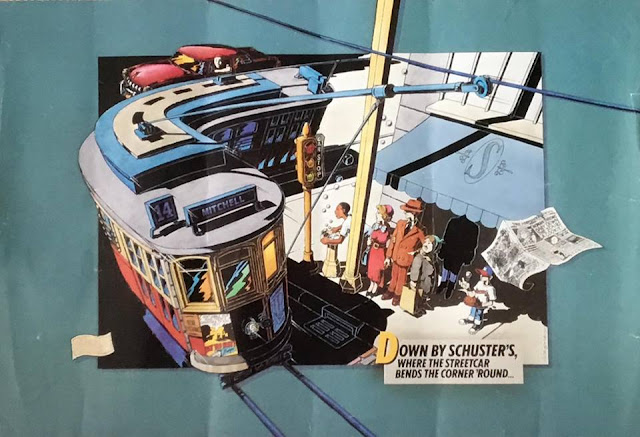 That "down by Schuster's (a department store) where the streetcar bends the corner 'round" comes from a vintage radio comedy sketch.  The locution is part Milwaukee dialect, part rendered more or less literally from the German.  The drawing is from a late 1980s calendar depicting various pieces of historic Milwaukee lore.

The single-unit streetcars weren't that flexible, on a curve they'd look more like this. 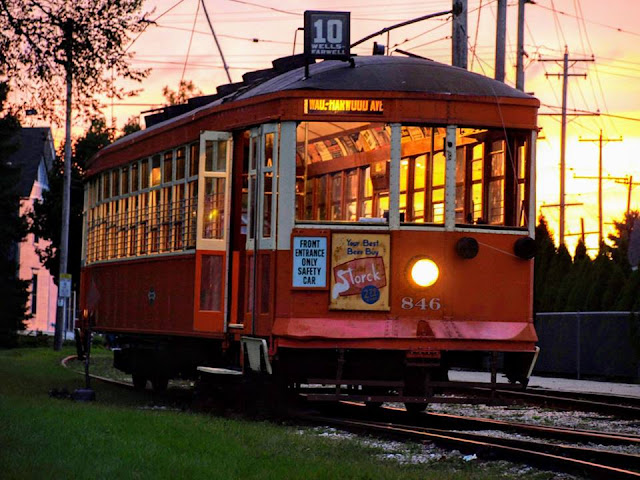 There were multiple-section streetcars operating in Milwaukee back in the day, and they could be observed to be bending the corner around. 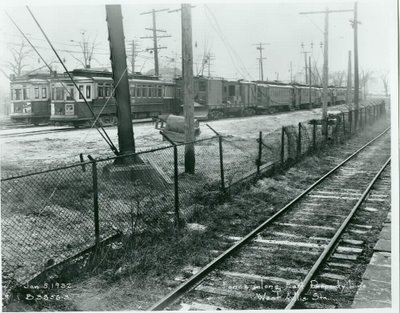 Milwaukee boosters are already touting increased real estate values in the neighborhood of the car line.  Whether those increases are in response to the presence of the new transportation, or might be something already in progress, owing either to the unattractiveness of doing business in Illinois or in pursuit of Foxconn business, will be opportunities for future research.

The Potawatomi Hotel and Casino will be sponsoring the car for the first year, which means we don't yet have to consider transfers to the rest of the city's bus network.  The streetcar loop is through downtown Milwaukee east of the river, missing the sports arenas and Miller Park.  The Fourteen car line now goes to the Southwest Side by way of Wisconsin Avenue and Sixteenth Street; there is no longer either a Schuster's store or a Goldmann's store on Mitchell Street, or a T. A. Chapman also served by the Fourteen car line at the corner of Milwaukee Street and Wisconsin Avenue.

There now is a new-style streetcar stop at Milwaukee and Wisconsin.  Northbound, only.  It's a bit more than a sign attached to the traffic signal post. 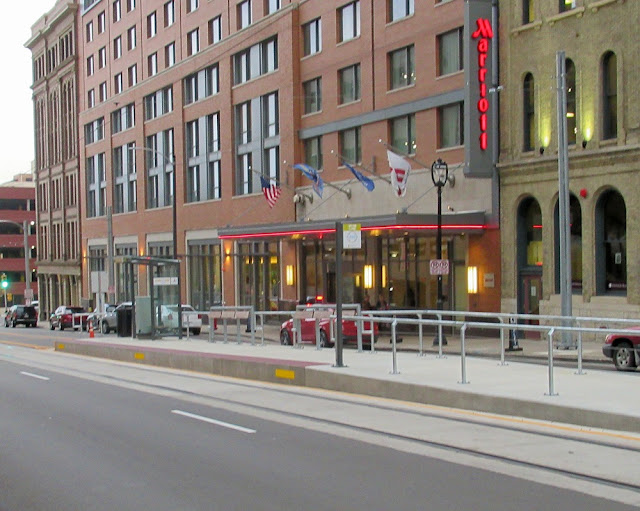 There's an office tower where Chapman's used to be, which is behind me.

As of today, though, once again, there is a streetcar bending the corner around.


There are no current plans to offer a Christmas parade train, but we may have the re-enactment of one to report on later this year.

Posted by Stephen Karlson at 09:00