It's been a productive winter building the State of Maine Northern.  There's enough track in place that it's now possible to model the New Haven delivering interchange cars. 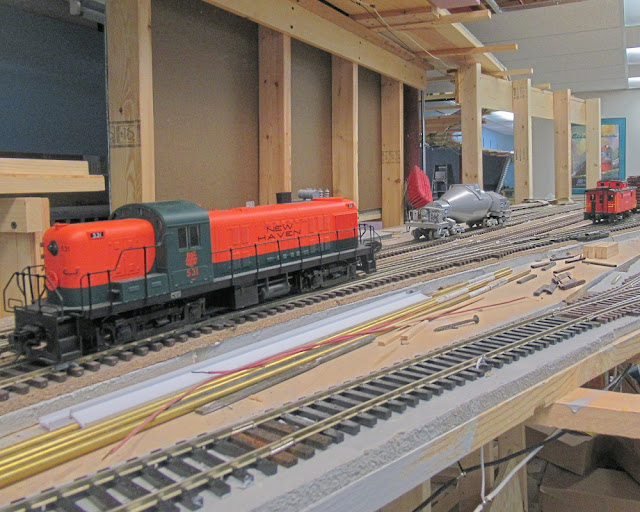 The track where the State of Maine Northern leaves cars for interchange to the New Haven will occupy space in the background.

In addition, the steel mill trackage on the lower level is in place (the high line to the blast furnace is quite a project) and for Open Days during the March Meet visitors were able to switch out the steel mill. 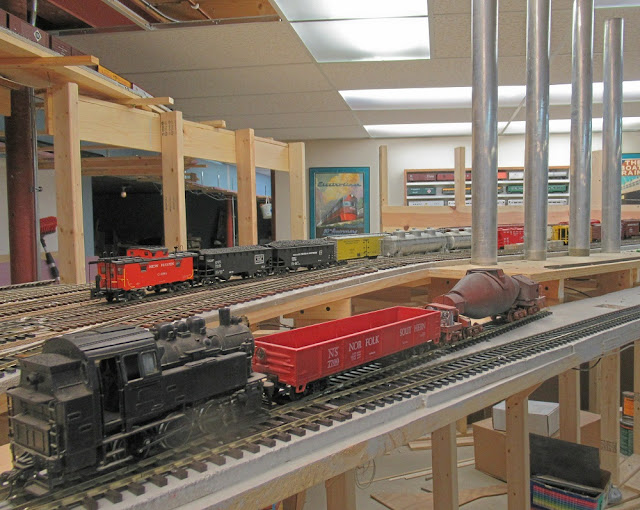 There has to be an idler car between the locomotive and any bottle car.  The outward New Haven interchange train is in the background.  I still have plans to include smoke in those smokestacks. 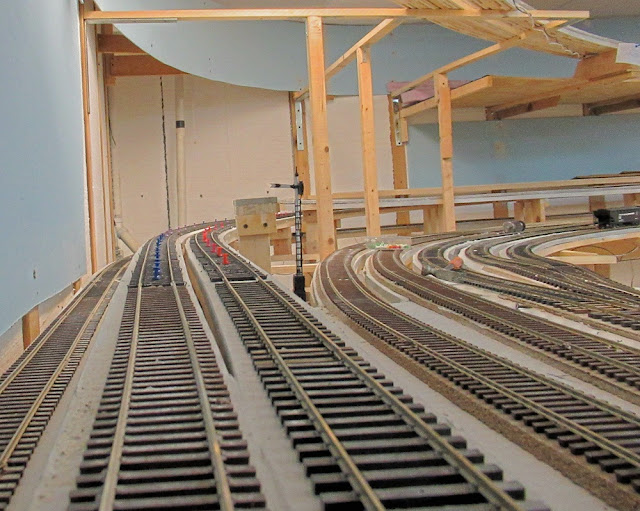 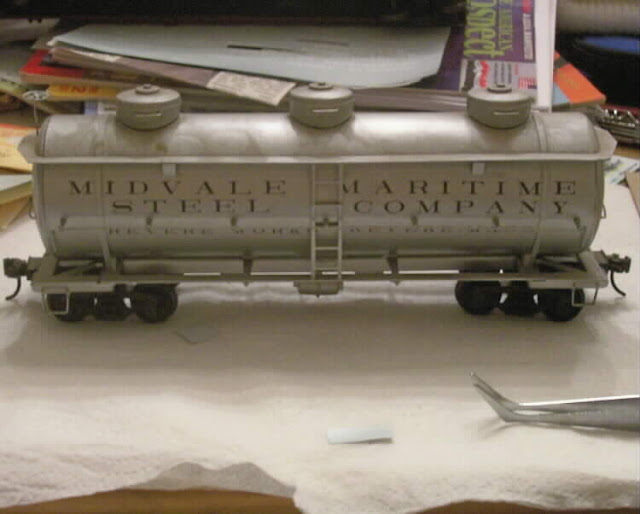 That's just after I finished lettering it.  Work tables are sometimes cluttered.

Recently, O Scale Resource visited the railroad.  Their write-up is in the March-April 2019 issue.  This link might get you directly to the write-up.  Enjoy.
Posted by Stephen Karlson at 16:39