Trains editor Jim Wrinn saw it during Big Boy 4014's first venture into Iowa.  "I cannot show it with numbers but somewhere in those kids are future locomotive engineers and conductors, railroad managers, and, I hope, someone who will want to keep steam locomotives around for the future because of how they attract people."  At the time, he noted, "You just have to believe."

I tend to be more empirical, so let me submit evidence.  I couldn't get any photographs of 4014 that didn't have people in them, but that's fine.  It's the popular reaction that's the story, not the train itself.  Here's another picture, this from Mason City, Iowa, where the local kids appeared to be having fun running through the spent steam. 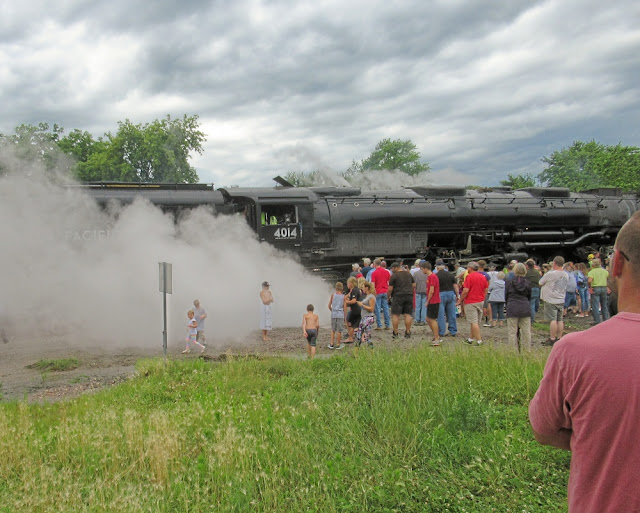 To the south, at Iowa Falls, the former interlocking tower (at one time protecting the crossing of two Rock Island lines, one now Union Pacific's Spine Line, with Illinois Central's Council Bluffs extension) is a local railroad history museum.

The younger man in this photograph is a former resident of the town who has just discovered that the older man, currently a docent at the tower, is the same railroader who years ago let a curious kid up in the tower for a look around (against all rules, but the supervision was probably occupied elsewhere.) 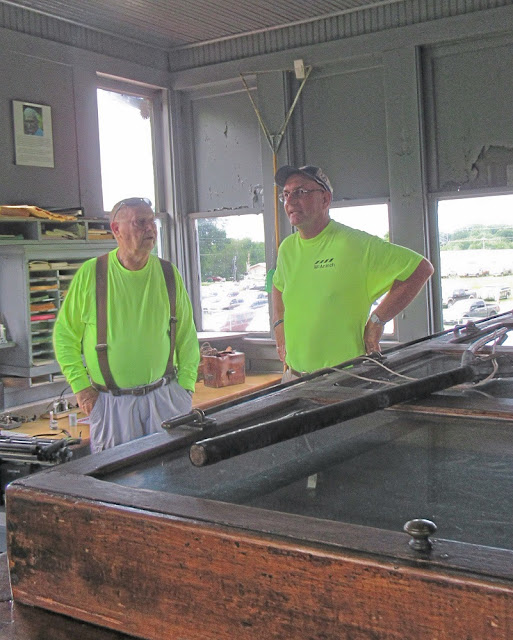 Before radio, the dispatcher issued instructions to train crews through the use of train orders, "in the approved form and without erasure punctuation or interlineation" that were handed up to train crews by methods such as the Y-shaped tool with a train order tied to the string that's in the background.

The Chicago area is the largest metropolitan area a functioning Big Boy has ever visited.  Union Pacific expected about two thousand visitors per day.  A total of forty-five thousand showed up.  On Sunday morning last, the early arrivals were able to get into the exhibit car almost immediately.  I got there just before eleven, and finally got into the exhibit car at about 12.30.  It was a hot day, and all credit to Union Pacific for ensuring that there was plenty of bottled water in coolers all over the grounds. 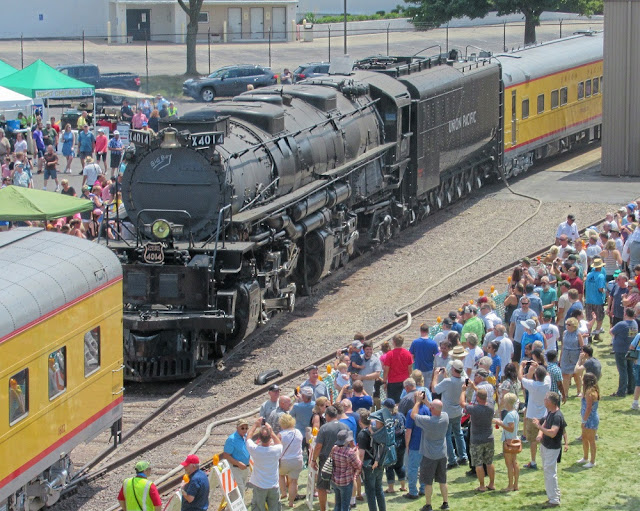 That's a view from the road bridge just east of the Metra station.  Big Boy and the supporting train are parked at the Larry Provo Training Center, a facility dating to Chicago and North Western days.  The spectators at right are outside the railroad park that Union Pacific set up, complete with display tents for Operation Lifesaver, West Chicago's visitors bureau, and the Illinois Railway Museum.  Some of those tents are at left, along the engineer's side of Big Boy.

Tuesday, it was time to head for Cheyenne by way of North Platte's Railroad Days.  There's still a Chicago and North Western station building, now a Union Pacific engineering office, at DeKalb, and some onlookers chose to set up on the platform. 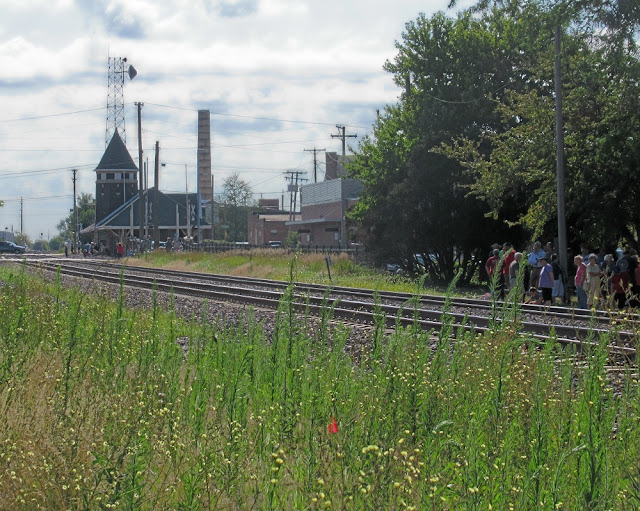 Some intrepid photographers ventured into the tall grass to get pictures at the coal wharf east of town.  I just set up on the town square with a decent view of the tracks (and a monarch butterfly?)

The tracks to the west also had their share of spectators. 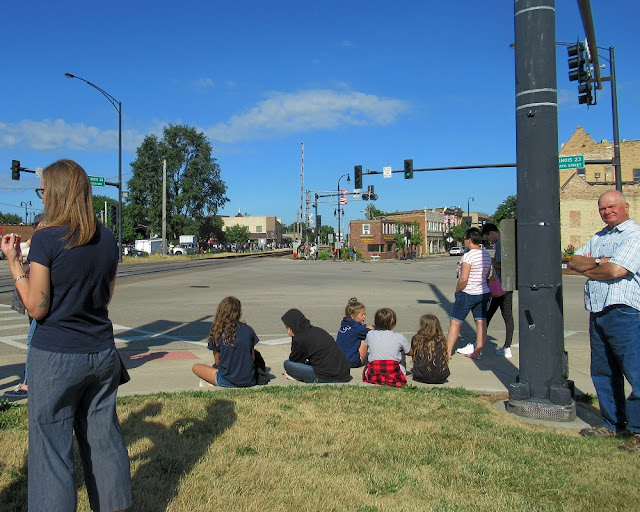 
Particularly gratifying is the reaction of people watching the train pass. It has attracted people from all walks of life. The businessman, the mother and her children, the retired railroaders, the teenagers. Male and female. People of all races. It has made no difference. And in the end, it has brought great joy. In suburban Chicago, at Elmhurst, Ill., last Friday, those packing both platforms of the Metra station broke into applause as tail car Kenefick passed. It wasn’t the only place that happened, either.

Posted by Stephen Karlson at 23:47