DID YOU TAKE A TRAIN TO WORK TODAY?

That was an attempt by Amtrak and some of the railroad magazines and a few of the Commuter Rail authorities to get something viral going in social media.

It's a moot point in DeKalb, unless you want to drive or catch one of the Huskie Line shuttles to Elburn, and it's not something a pensioner is going to bother with.

It is, however, an opportunity to report on continued progress on the model railroad. 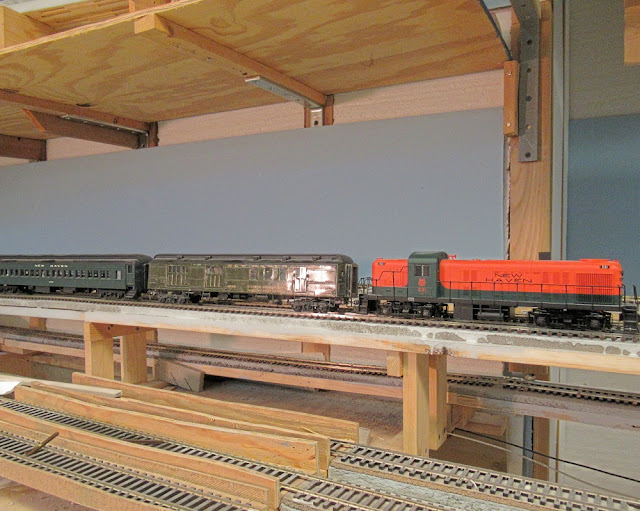 That's a test train on a newly installed section of track that will offer rush-hourly only (including a noon outward trip on Saturday) commuter service, plus connecting to the blast furnace high line and some industry tracks.
Posted by Stephen Karlson at 16:06