THE ELECTRIC PARK. The Fox River Trolley Museum now operates to a platform called Blackhawk in the John Duerr Forest Preserve alongside the Fox River. Passengers are permitted to break their journey at the park and return on a later train. This run of former Chicago Transit Authority triplex 5001 had a contingent of Cub Scouts who unloaded with a few den parents and picnic coolers on hand, restoring the tradition of the Sunday ride to the trolley park. (Streetcar companies built trolley parks in order to give the cars and crews work at weekends.) 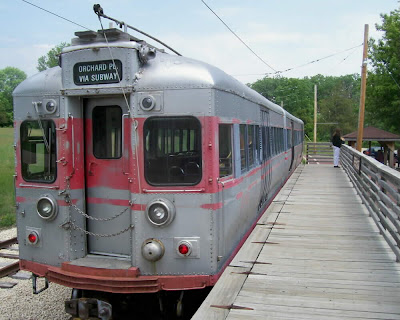 I leave the location of ORCHARD PL. VIA SUBWAY to the reader as an exercise. (It refers to a real destination on the rapid transit.)

A North Shore steel car from 1926 was also running. One or two cars would run as Winthrop Harbor locals on weekdays. End of line formalities on interurbans aren't as involved as those on steam roads, hence the Metra line continuing to terminate at Kenosha. 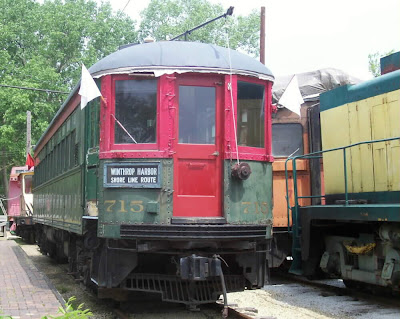 The kids on board tested the whistle. It works. 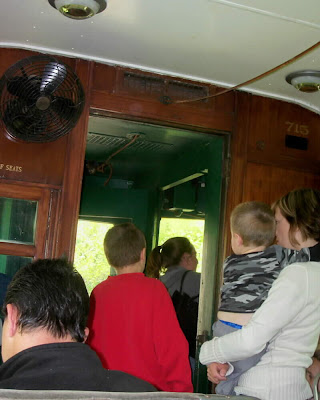 In the carbarn, what the museum describes as the oldest operating interurban (Niles Car, 1902) in North America. 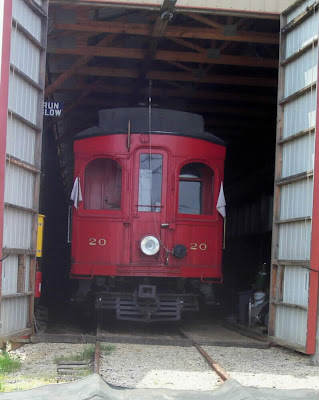 Railway preservation is work. Here, a 1914 baldy car, Chicago Rapid Transit 4103, in the condition it was retrieved from use as a storage car, is alongside a 1922 plushy car capable of passenger service. 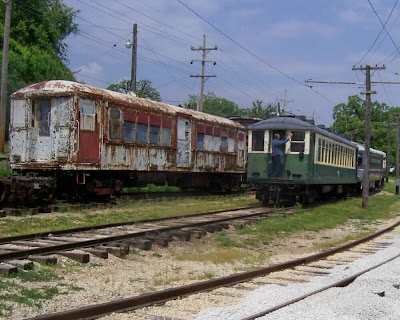