THE PROTEST FLAG COMES DOWN.

Under the Racing Rules of Sailing, a yacht that believes she has been fouled by another yacht on the water requests a hearing by displaying the Protest Flag.  Traditionally, the Protest Flag is Code Flag BAKER (using the Old Navy phonetic alphabet) although under the current rules, any red flag will suffice. 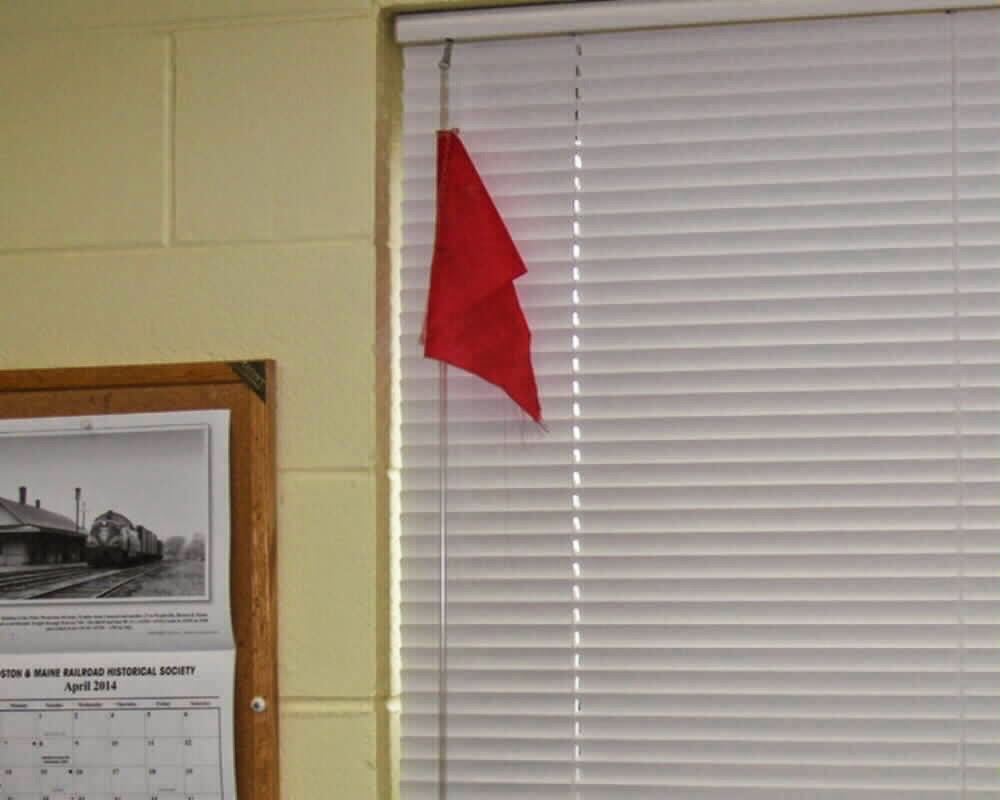 This protest flag has a handy Velcro closure for affixing to a side-stay.  In my office, the control lever for the blinds deputised for the side-stay.

The legislature has not chosen to fund the universities adequately, nor has it corrected the ham-handed pension reform that has driven about one-fifth of the faculty and staff, along with the institutional memory carried therein, into retirement.

The university has not chosen to properly staff the academic departments, nor has it recognized that making increased demands on the fewer remaining faculty in the absence of any merit money is unlikely to yield enthusiastic participation on committees or a harvest of high-quality publications.

And the subtle denigration of mainstream white guys as less desirable hires or as majors continues.

But I no longer have the opportunity in meetings or other forums to argue against those follies.

Nor need I be complicit in them any longer.
Posted by Stephen Karlson at 22:16