STEAM ACROSS THE GREAT PLAINS.

The only other Challenger extant is 3977 at Cody Park in North Platte. 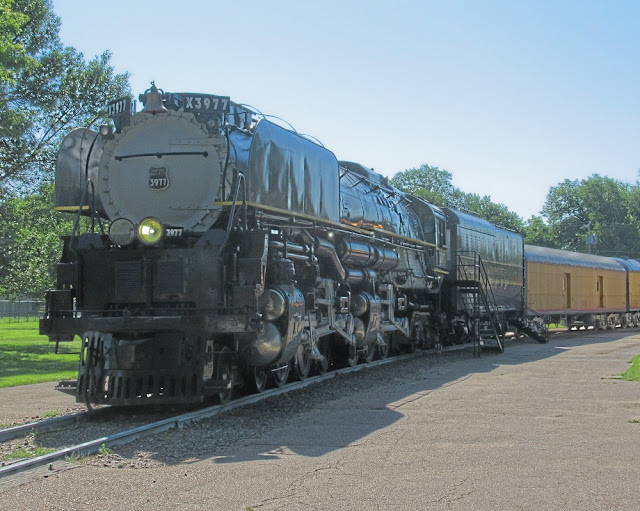 The active Big Boy has been drawing crowds everywhere.  (By tradition, a steam locomotive is a "she," but does that work for a "Big Boy?")

Union Pacific have a display track alongside the Omaha baseball stadium that is home to the College World Series. 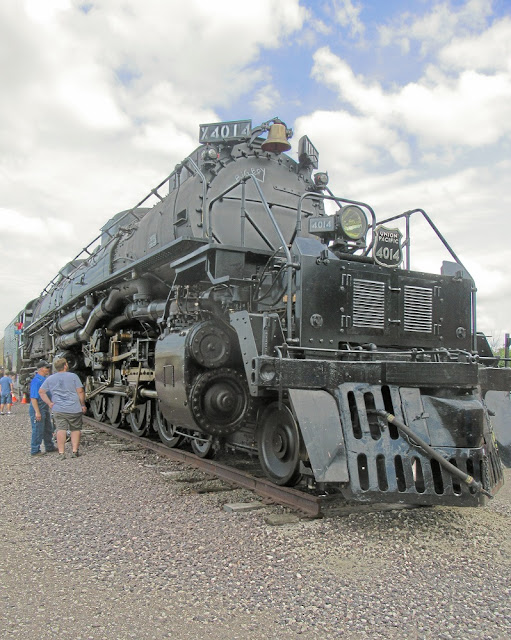 The midwestern tour is proceeding east of Union Pacific's original territory, on the former Chicago and North Western toward Boone, Iowa, where I caught up with the train last Monday. 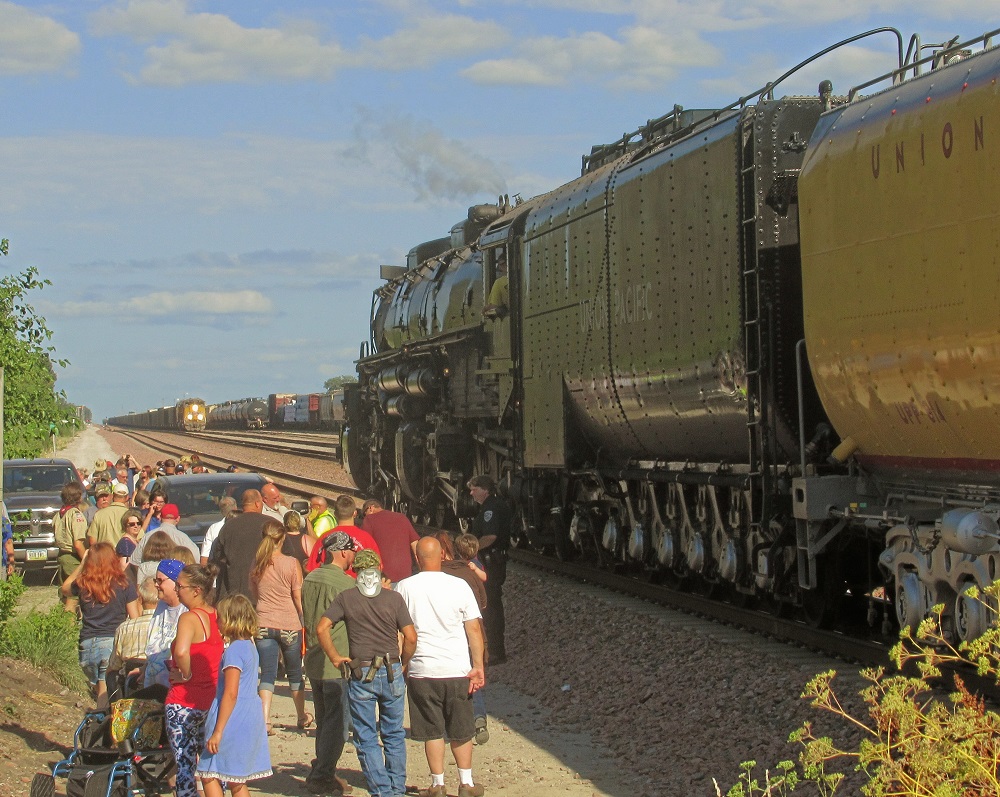 The railroad doesn't stop just because there's a steam special running, with this heat wave the power plants are using Powder River coal and the empties have to get back to the mines.

The Rock Island railroad collapsed in part because Union Pacific's acquisition got so tangled in regulatory red tape and objections by the other members of the cartel that by the time the old Interstate Commerce Commission approved, Union Pacific decided it didn't want a broken-down property.

After liquidation, Chicago and North Western bought the Rock Island's Twin Cities to Kansas City line as its "Spine Line," which enabled it to get rid of the former Chicago Great Western line by way of Oelwein that was its previous entry to Kansas City.

Never mind all that, there's a pretty good railroad show at Iowa Falls, on Tuesday. 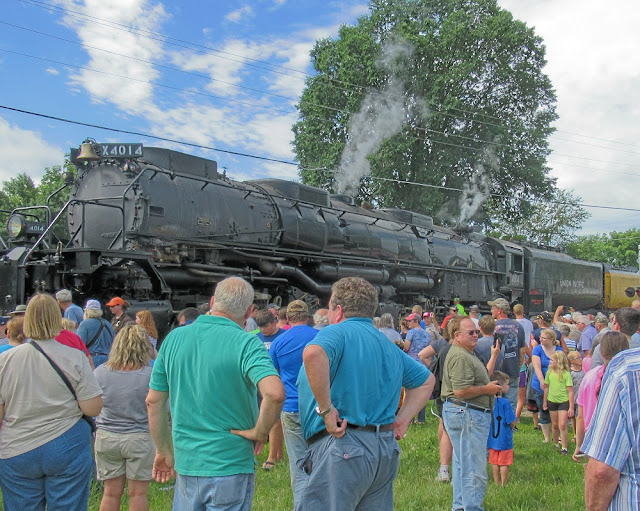 The stops every few hours, at seventy mile intervals or so, are for the entertainment of the locals, as well as to service the locomotive.  You wouldn't want the lubrication to fail on moving parts, would you.

On the way into Mason City, Big Boy and the local Iowa Traction electric railroad, which has active motive power older than Big Boy, had a photo opportunity.  Mason City was the end of the run on Tuesday, and the oiling, watering, and general maintenance commenced. 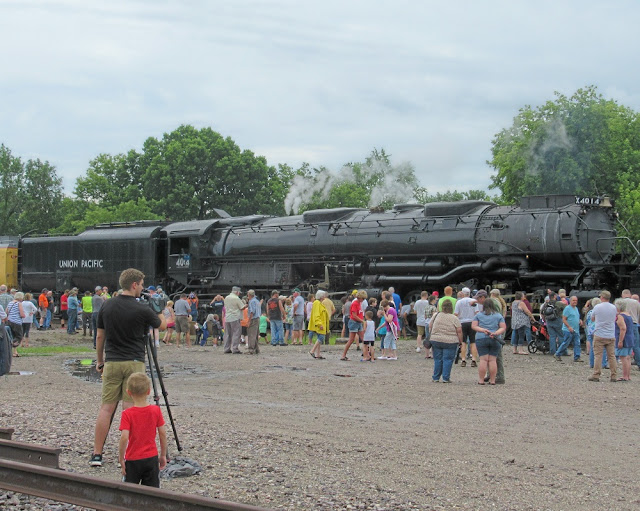 We'll resume normal programming over the weekend, with another Big Boy break next week.
Posted by Stephen Karlson at 17:23