ROAD TRIP.  Posting hiatus, account yard maintenance and some semester preparation and some system improvement time.  A number of things were going on in Wabash Railroad country, and a few oddities in addition to the expected events. 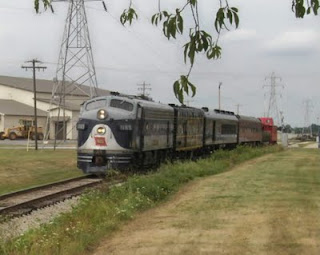 The spirit of Burma Shave lives on alongside the Interstates in central Illinois.  One set of signs pays tribute to an original jingle.


ON CURVES AHEAD
REMEMBER, SONNY
THAT RABBIT'S FOOT
DIDN'T SAVE
THE BUNNY.
In its current incarnation, the first sign is changed to suggest that a firearm, rather than luck, might preserve your life.  It's an effort by the Champaign County Rifle Association to bring Illinois in line with the rest of the country in allowing firearm-carry permits.

A road trip requires refuelling stops, and Mechanicsburg came along about when the needle was to go into the running-in-fumes zone. 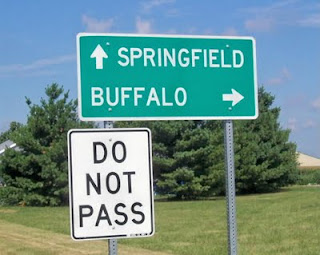 The sign is just west of town, and it seemed fitting to have just played the retrospective tape from the eponymous band that includes "For What It's Worth", a tune enjoying a modest revival in some recent commercials.
Posted by Stephen Karlson at 12:08