SANTA CLAUS IS COMING TO TOWN. 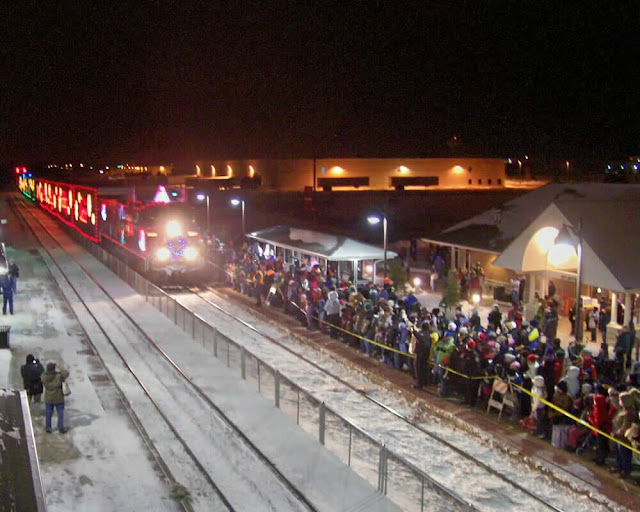 You can see a lot of the hidden misery in the United States and Canada from the rails, and that's what gives Canadian Pacific's trains their mission.  "The CP Holiday Train's mission has remained constant ever since: to raise as much money, food and awareness as possible in the fight against hunger, [CPR spokesman Andy] Cummings added."

In addition, there are trains running at museums, and sometimes on regional Commuter Rail operators, for the purpose of giving children of all ages an excursion and a chance to talk to Santa Claus. 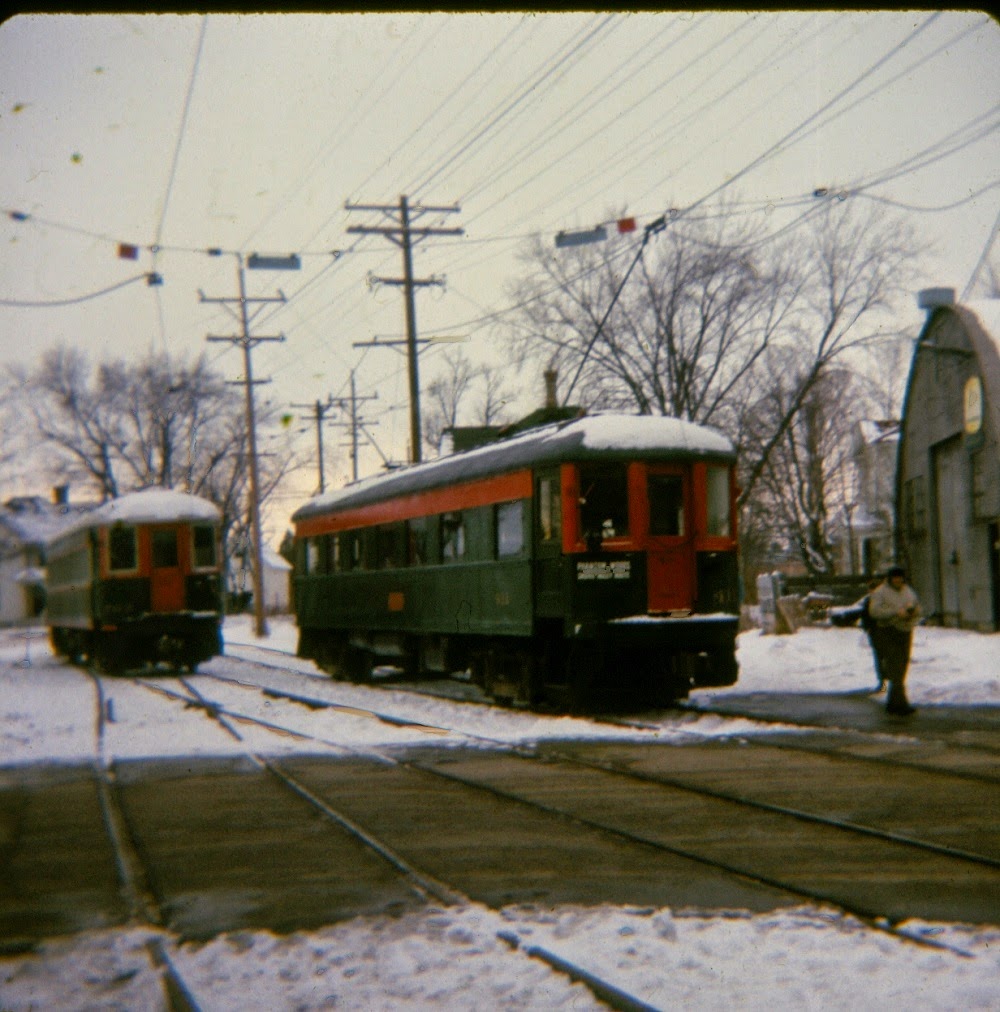 Yes, that's from a long time ago.

As far as I know, no retail chains have hired a train to call shoppers' attention to the beginning of the Christmas buying rush. 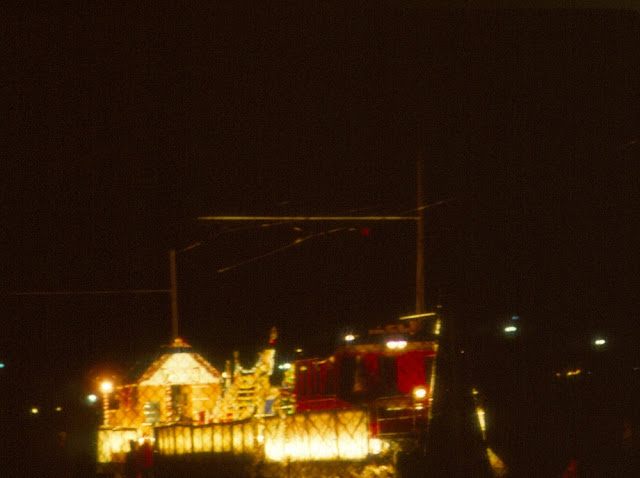 The prototype for this train was commissioned by Milwaukee's Schuster's department store, and their carpenters added trimmings to interurban work equipment at Cold Spring Shops.  In this December, 1992 reenactment at East Troy, the locomotive, L9, is a product of Cold Spring Shops.

An earlier version of the train used a different locomotive. 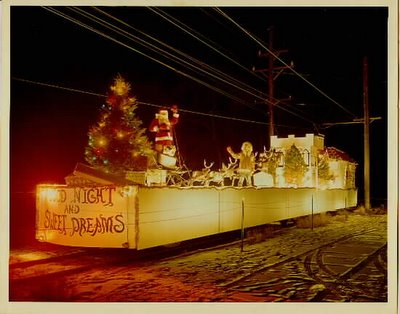 He's making a list, and checking it twice ...
Posted by Stephen Karlson at 14:39