The holiday we understand as Memorial Day began as Decoration Day, referring to the placement of flowers and other tributes at the graves of Civil War dead. 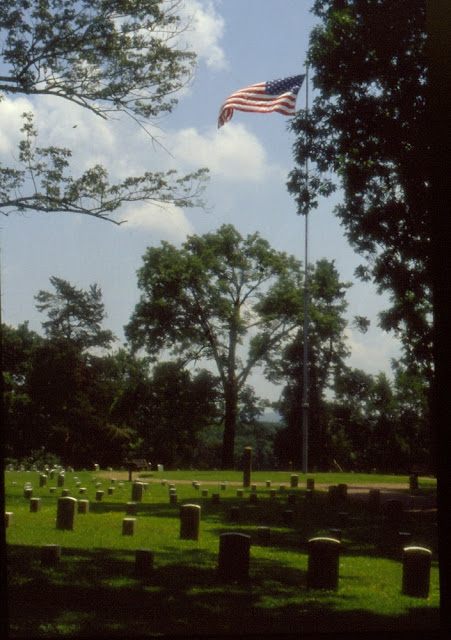 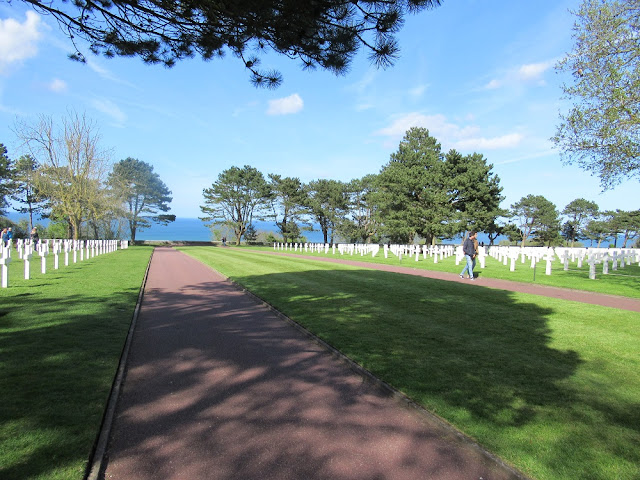 Their brothers-in-arms, also at rest, also remembered by their families. 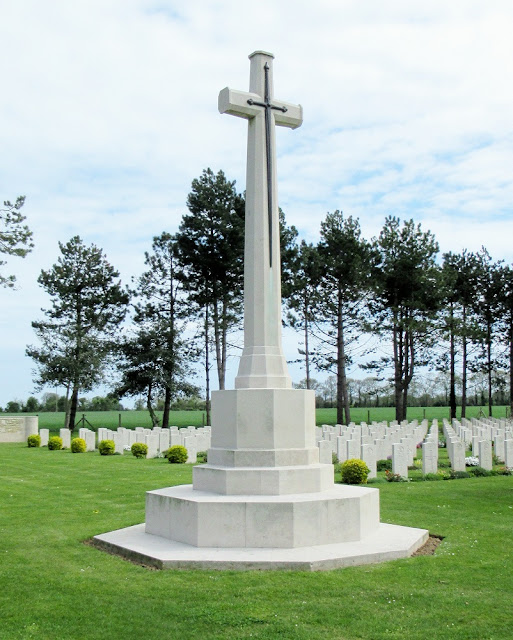 Initially, the dead of the Allies and of the Axis were interred together.  After the War, the victorious powers established their own cemeteries.  A veterans' organization for Germans cares for the German graves. 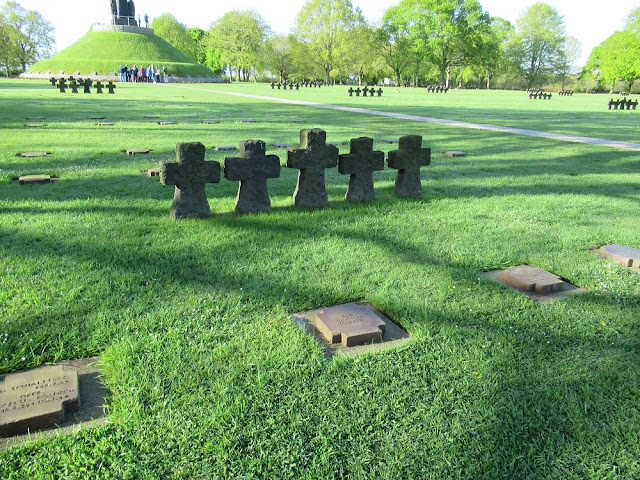 Many of the German dead are unknown, and unlikely to be identified.  Their individuality is noted on the markers, though, unlike at Shiloh, where Union dead are, wherever possible, identified, and buried with other members of their units, whilst many Confederate dead rest in mass graves marked only with a count, e.g. "Thirty Confederate Dead." 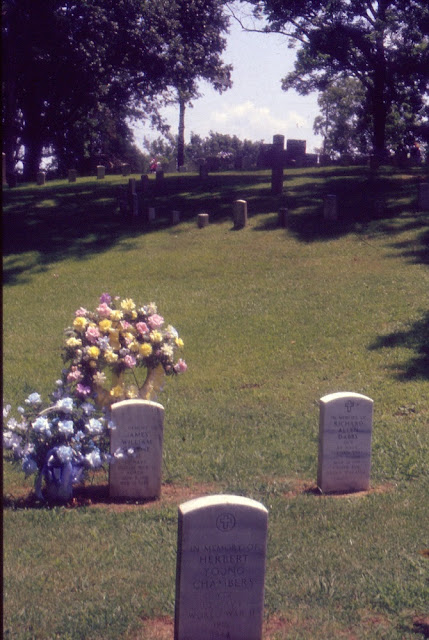 Other countries have their own decoration traditions and days set aside for the practice. 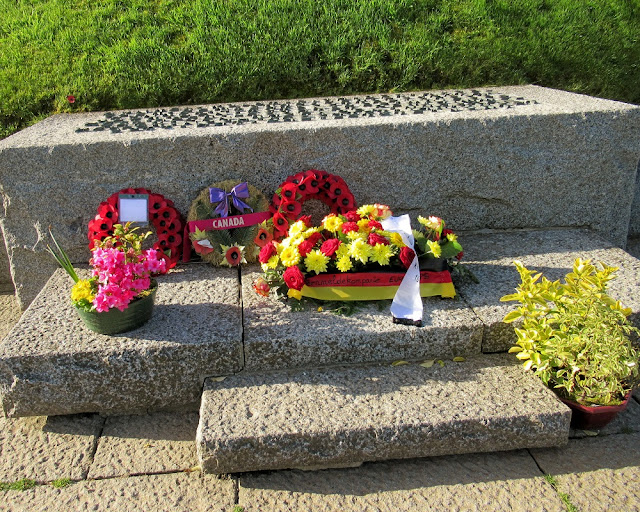 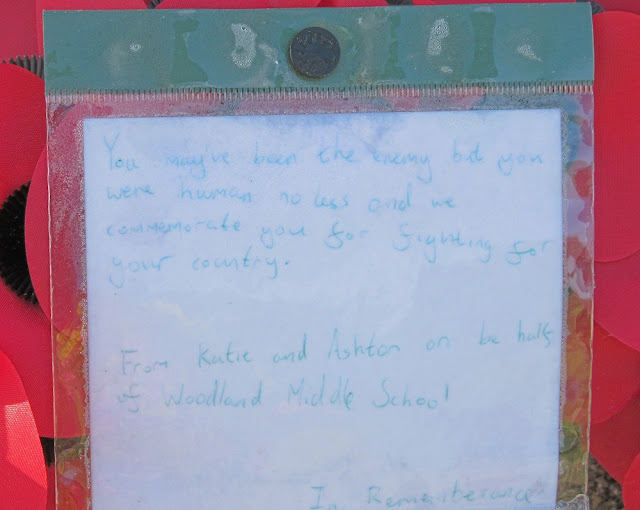 You may have been the enemy but you were human no less and we commemorate you for fighting for your country.

From Katie and Ashton on behalf of Woodland Middle School. 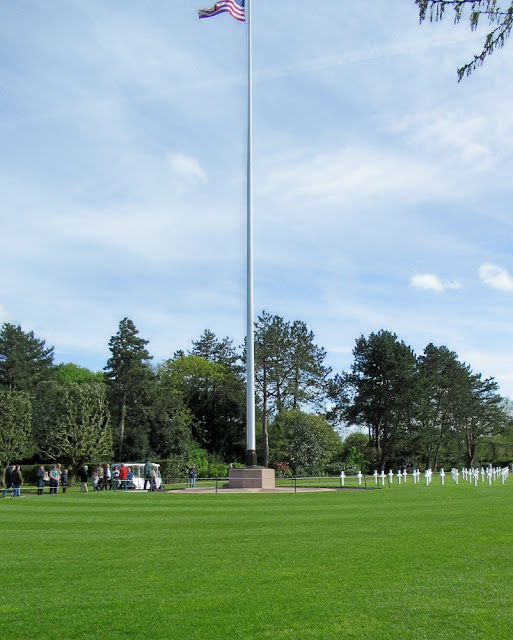 Taps, and flag lowering, Normandy.
Posted by Stephen Karlson at 15:05