“For too long, elephants used in circuses have endured cruel training, constant confinement and deprivation of all that is natural to them,” said Marc Ayers, Illinois state director for the Humane Society of the United States, in a statement. “The public has come to see that these animals are victims, not willing performers. Illinois has taken a monumental step in ending this outdated form of entertainment, and we urge other cities and states to follow suit.”

Ayers said Illinois is the first state to enact a law banning the use of a performing wild animal. Similar bills have been proposed in New York and New Jersey, and 125 cities or other jurisdictions have enacted some form of restrictions on the use of wild animals in circuses, Ayers said. None of them are in Illinois.

We documented the Farewell to Elephants back in 2017. 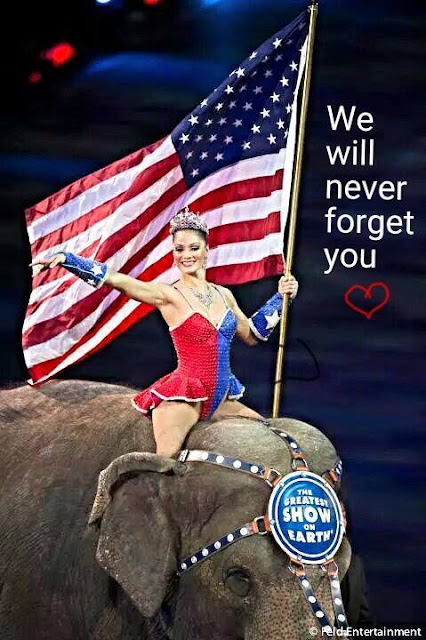 The end of Ringling Barnum might have been the most visible event, but perhaps not the most troubling.


Carden Circus International, which supplies elephants for many of the circuses run by Illinois Shrine temples, has been cited for unsafe handling and failure to provide veterinary care to injured or disabled elephants, according to USDA records. Elephants used by Shrine circuses have killed and injured people, according to the Humane Society.

Some Illinois Shrine temples have stopped using wild animals for performances. The Tebala Shriners in Rockford canceled its circus in 2016, and the Medinah Shriners in Addison have not organized a circus since 2010, according to the Humane Society.

The Ainad Shriners of Southern Illinois used elephants in its annual series of circuses in June, as it has for decades, said Mark Maxwell, the group's administrator.

The circus has been the group's biggest fundraising event for 50 years, Maxwell said, with a portion of revenue coming from elephant rides.

He said the circus will continue but that the law will likely cut into its revenue, which helps suport the group's charity, Shriners Hospitals for Children.

“We are saddened by it because now famillies and kids that come to the circus and previously had the opportunity to ride on elephants aren’t going to get that exposure and that experience in their lifetime,” Maxwell said, “unless they go to another state.” 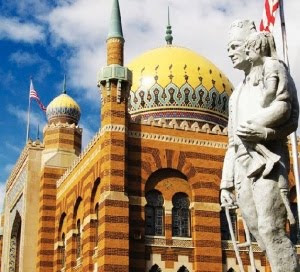 It appears that at least one Shrine circus, apparently in Michigan, hopes to continue to showcase the performing pachyderms.

Find yourself a circus and go to it.  For the children with burns.
Posted by Stephen Karlson at 13:19