Yes, there's a lot going on in the wider world, but I've been having too much fun to let that get to me.  Maybe next month.

With our Hallowe'en looking more like the White Christmas we probably won't get (based on past experience) there has been plenty of time for improving the infrastructure, in between the rare dry sunny days where yard work is in order.

I call the layout "Gloucester Branch" and maybe it's far enough along now to start putting that level of track in. 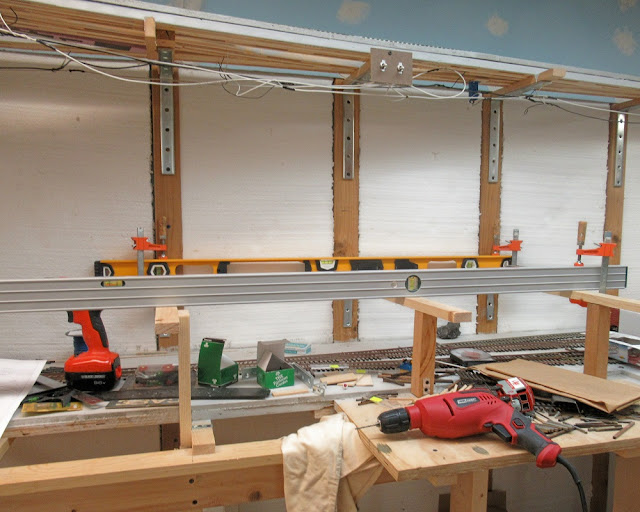 The house might have been custom-built with a model railroad in mind, and yet, keeping the sections I want to be level level requires a bit of attention.  This segment, along the west wall, will be the location of Manchester-By-the-Sea, a real town on the real Gloucester Branch, complete with a small harbor and lobster boats.  Here, the harbor entrance, which, if all goes well, will feature a working bascule bridge, will be set up between the two uprights at center.  I have to install the Tortoise switch machines and ballast the track in staging, where you see the tracks, first. 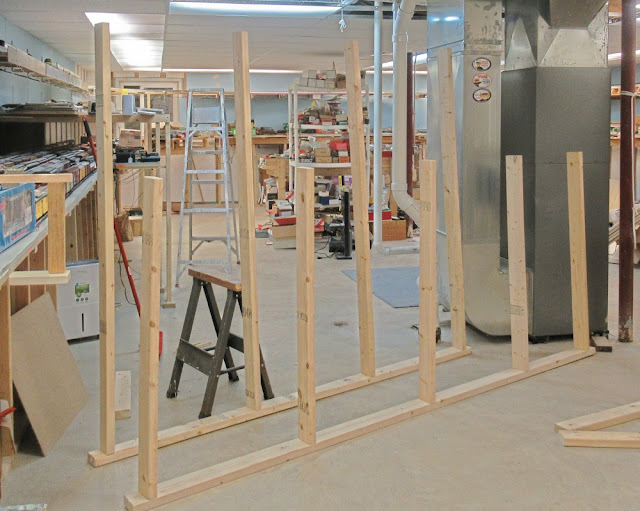 I'm providing here for two levels of track, on the lower level there will be additional, primarily passenger train, staging occupying the space in the center of the cellar, while the Gloucester Branch will continue to rise through Magnolia and onward to West Gloucester.  The branch has to keep climbing to reach Rockport, which is the middle level of benchwork near the stepladder in the background.  I've learned a thing or two about how to build for more than one level of track at once.  Keep watching. 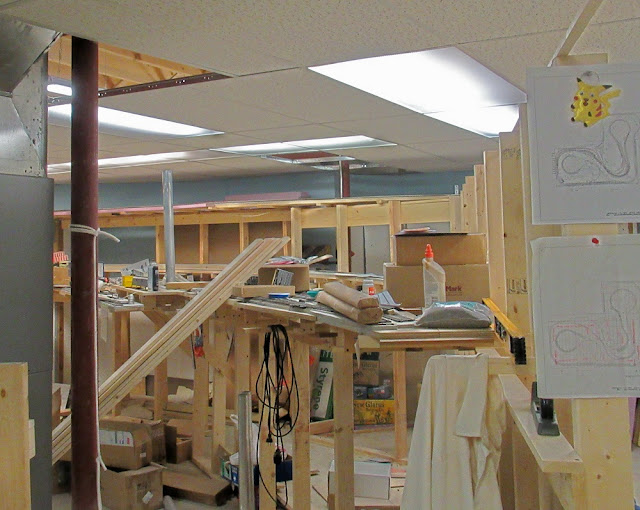 We're looking at the narrowest part of the layout, which is a walk-around plan.  The lead to lower staging and the Gloucester Branch will curve around the support column at left, then the aisle gets wider out of view beyond.  I'm planning to install a lighthouse and some kind of delayed motion detector to sound a foghorn if anybody stands too long in the narrows. 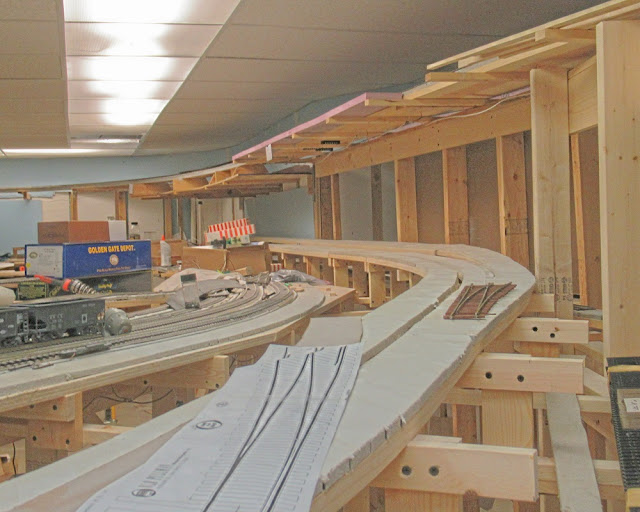 The next track to be installed will be here, which is the double-track Saugus Branch through Lynn Common to West Lynn.  If you have a railroad atlas, you'll know that this is loosely based on the real thing, with perhaps a longer industrial lead at Lynn Common.  On the real thing, there's a perfect spur track off a curve, which would go well into a corner in a smaller scale.  In O Scale, you have to pay attention to the ability of operators to reach.

For now, people arriving at the base of the stairs can still get around most of the basement.  That is going to change. 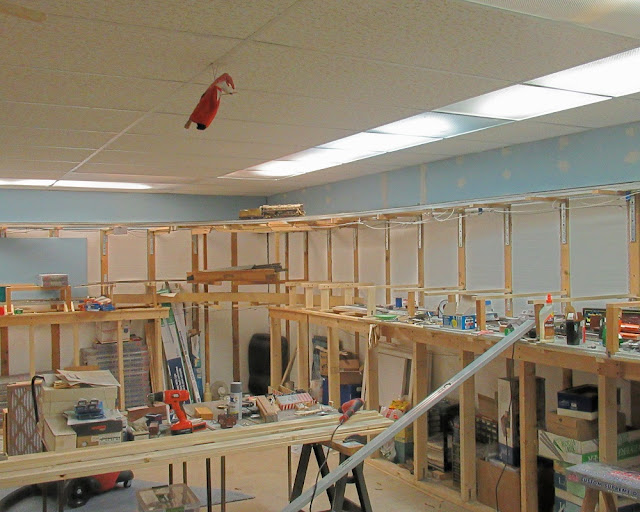 Eventually, there will be two sets of tracks separated by a view block in here.  To the left will be the station at Salem (note the witch.)  To the right, on the opposite side of the view block, will be the Hood Milk plant and an oil tank dock that are in Lynn.  In the distance is the Gloucester Branch, climbing up through Beverly Shores (yes, that's modeller's license, I have my reason) and leveling out at Manchester before continuing to rise through Magnolia toward West Gloucester, out of view to the right.

Now to get enough of this presentable between now and the March Meet.
Posted by Stephen Karlson at 11:42