Over the weekend, the Allies commemorated the end of the Second World War in Europe.  It's an opportunity for the Perpetually Aggrieved to check their privilege.  Some four score years ago, the survival of constitutional republics and market economies, namely the institutions most friendly to emergence and evolutionary stable interactions, was very much in doubt, and the future looked very much to belong to the totalitarian state. 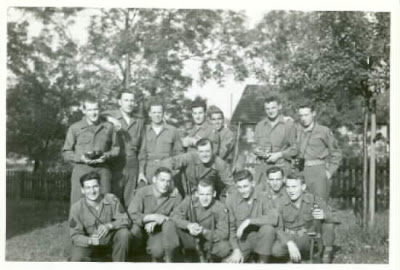 There was no guarantee of victory going in, no guarantee that the ending would be one conducive to the emergence of expanded freedoms.  Thus, at the end of the war, the Perpetually Aggrieved inherited a starting position for their efforts much more favorable than it could have been.  Unearned privilege?  You decide.

Imagine a social order in which a Montgomery bus boycott, a Pettus Bridge, a march in Cicero would seem to non-Aryans as if a stroll in the park compared to life under a North American version of the Nuremberg Laws.

Imagine a social order in which expanded labor force participation for women might as well be a hallucination, given official encouragement of large families and official discouragement of the single life.

Imagine same-sex dating and mating criminalized so stringently that a Stonewall Bar would seem more like a car-port than a closet.

Imagine a Middle East free of conflict, because there would be no Israel, and whatever differences Shia and Sunni have with each other are secondary to Persians being Aryan and Bedouins being Semitic.

And thus, dear reader, whatever grievances you might have with the way things are, keep in mind that there's stuff in your privilege knapsack that you might not otherwise have.
Posted by Stephen Karlson at 22:17