A RAILROAD WORTHY OF THE VANDERBILTS.

Amtrak and New York restore the second main, Albany and Schenectady.  More details here.  It's still going to take the better part of a year to get it done.

It's encouraging, though.  The report also notes that the track layout at Albany, which I have complained about previously, will be rearranged to allow more passenger trains to occupy platforms at the same time. 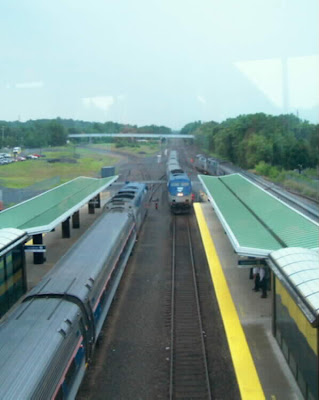 I wonder, though, if the new Plasticville-inspired station at Schenectady will have two platform tracks.

Next on my Christmas list: extend the Free Rein to 110 beyond Schenectady.  Legend has a steam locomotive achieving 112.5 east of Buffalo; we should expect no less of today's diesel trains.
Posted by Stephen Karlson at 15:29