DO NOT BRING ON A GENERAL ENGAGEMENT.  The Army of Northern Virginia sought to spare its home state from fighting during the growing season, and the Army of the Potomac sought to shield Washington City and Baltimore from direct attack.  Neither commander wished to blunder into a battle without knowing where the other army was, and both commanding generals attempted to issue orders to the various corps commanders to that effect.

George Gordon Meade, only recently appointed to replace Joseph Hooker, envisioned concentrating his army on the south bank of Pipe Creek in Maryland, the better to be able to cover both of the big cities and to compel the invaders either to give battle or to worry about foraging as an occupying army, an enterprise that had already yielded substantial supplies of shoes and food. 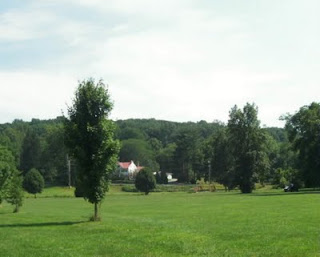 But not all commanders received the order, and a skirmish on the northwest side of Gettysburg became a general engagement as units on both sides rushed to the sound of the guns. 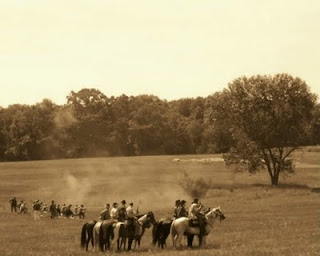 Stephen Sears's Gettysburg, tonight's Book Review No. 24, went with me to Gettysburg, in part to provide me with background information.  I recommend the book to any reader seeking one readable analysis of the events.  It explains a number of the decisions the commanders made, many of which have been second-guessed (or changed so as to create counterfactuals), by which the general engagement did take place at Gettysburg by default. 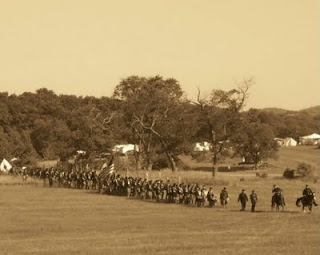 Mr Sears argues that both commanders made the best possible decisions given the information they had.  The Union position on Cemetery Ridge, although not as dominating as one on the south bank of Pipe Creek, was still defensible, and Genl Meade's choice of Winfield Scott Hancock as overall commander of the center of the line worked out well for him. 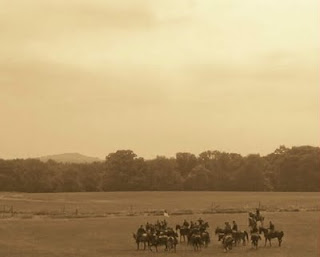 Although Pickett's Charge on the third day failed, the failure was as much of logistics and communication as of force.  Genl Lee's plan was to attack with Pickett, Pettigrew, and Trimble from the west, Ewell from the north, and Stuart and the cavalry from the east, acting as hammer to Pickett's anvil. 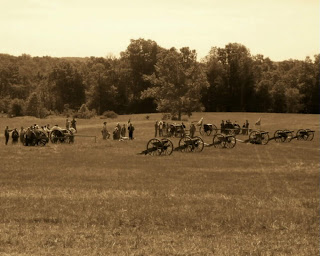 But there was insufficient ammunition to weaken the Union center, insufficient ammunition and manpower in Ewell's corps, and Stuart (guarding a long supply train that almost bogged the rebel army down north of the Potomac River) never got in position in time.  Thus did the accidental encounter become the turning point of the war in the eastern theater.

(Cross-posted to 50 Book Challenge.)
Posted by Stephen Karlson at 23:56