THE BEGINNING OF FESTIVE SEASON.

The first traces of snow. 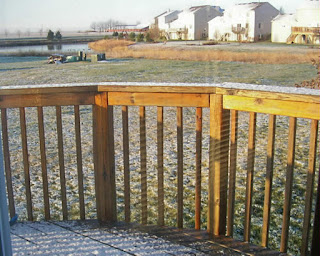 The Waterman Illuminations are in place. 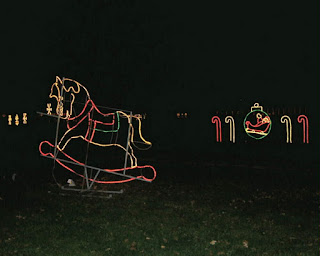 Santa will be receiving children in the warming house, where there is hot chocolate, and the train is ready for the next load of passengers. 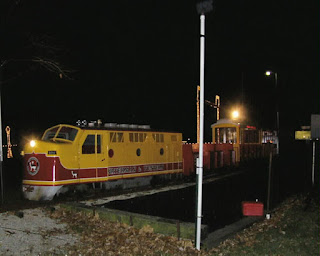 The moon, giving the luster of midday, new-fallen snow or not.  The eclipse uncharitably showed up at sunrise. 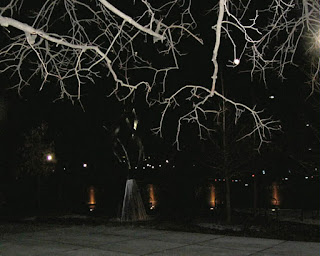 Snoopy has either recruited Victor E. Huskie to hunt for the Red Baron, or Victor is attempting to beat Amelia Earhart around the world. 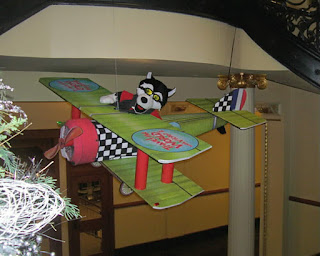 Victor is recruiting for the class of 2033 at the annual Holiday Party.  This year the theme was world travel (one of our engaged learning initiatives being study abroad) and the youngsters received passports to be stamped by the various country representatives.  There was plenty of yummy food, in particular the pretzels and ginger cookies from Germany. 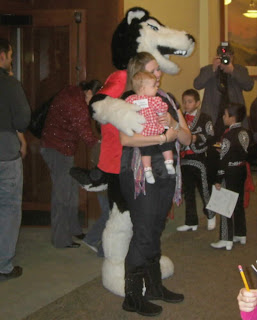 It's not the Christmas season without the sound of heavy metal running on three rails. 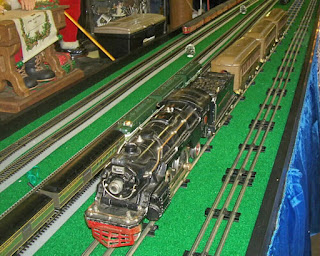 Lego toys have become fancy over the past fifty years.  These toy trains are pretty believable caricatures, and the entire display is made of Lego parts of various kinds. 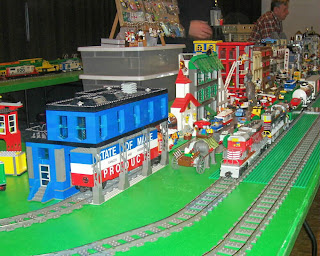 Judging by the crowds at Sunday's monthly train show in Wheaton, there will be more than a few trains under the tree at Christmas.

Posted by Stephen Karlson at 20:31