MOBILITY DOES NOT HAVE TO BE EXPENSIVE.

A German bus operator proposes a cheaper, and probably slower, rail alternative to the ICE speedsters.


The "Flixtrains", decked out in the trademark bright-green of the company's low-cost buses, will travel from Hamburg to Cologne from March 24th, while the Stuttgart to Berlin line will open in April.

Prices will start from €9.99, lower than those of rival Deutsche Bahn.

"We already proved with Flixbus that mobility doesn't have to be expensive," company founder Andre Schwaemmlein said in a statement.

"With the integration of Flixtrain, the options for German travellers are becoming even more attractive."

Germany's rail sector was liberalised in 1994 but remains dominated by Deutsche Bahn, which still accounts for 99 percent of all long-distance rail journeys.

The Flixbus company will not own its Flixtrains, partnering instead with Czech rail operator Leo Express and Nuremberg operator BahnTouristikExpress. 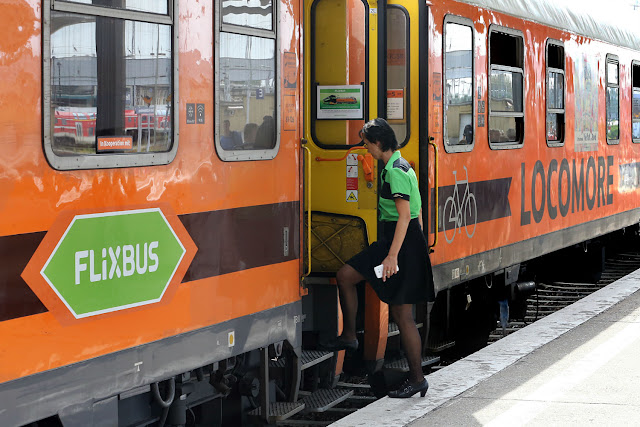