Some countries have talked about payback, and farmers in Illinois, in Wisconsin and elsewhere are worried that they will suffer from the fallout.

“The ag economy is not very good right now — fragile is the polite word for it,” [Maple Park farmer Eldon] Gould said.

His wife, Sandy, across the table, jumped in: “It’s in the tank is what he means.”

Mr. Gould continued, “So then when you go to great lengths to upset some of your key customers, there’s reason for concern.”

He's referring to key customers who sell steel to buy corn and beans.


Two weeks after the administration imposed a tariff on solar panels, China opened an anti-dumping investigation into American exports of sorghum, a grain used in livestock feed. The United States was virtually China’s sole foreign source of sorghum last year, with $1 billion in sales. Almost half of the American crop is grown in Kansas.

The political economy of agricultural trade is always interesting, as the industrialized countries all subsidize their farmers, and that Kansas crop likely requires intensive use of deep aquifers.  Thus, a dumping investigation is likely to turn something up.

We're having every bit of the six more weeks of winter the groundhog promised.  The view from road level will not be this good come August. 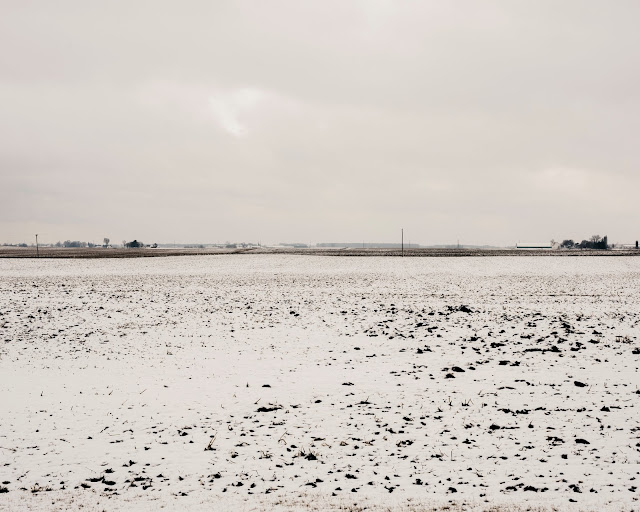 Not far away is a farmer who grasps comparative advantage.


Twenty-five miles away, in Yorkville, Ill., Bob Stewart, 48, a farmer whose crop is mostly for export, sees the latest dispute as a basic economics lesson.

A Republican who said he did not vote in the 2016 presidential race because he was not excited about either candidate, Mr. Stewart called himself a “proponent of free trade, and a proponent of ‘grow what you’re good at in your location.’”

“We do really good at growing corn and soybeans,” Mr. Stewart said from his office, filled with farm maps and carefully organized tools and overlooking a field with the remains of last year’s corn. “Maybe China’s does really well at steel. Now that may not sound good to folks I’m related to or go to church with who build steel. But they have a competitive advantage at steel. We have a competitive advantage with crops.”

China actually don't do that well at steel, but complaining about subsidized dumping might be easier than making a better product and selling it at a price that compels the Chinese to eat their Distressed Material sideways.
Posted by Stephen Karlson at 23:30