Elementary school field trips aren't what they used to be.  The Northern Illinois women's basketball team scheduled a lunchtime Wednesday game as Education Day.  A few weeks ago they participated in a similar event in Toledo, which supplied the competition here as well. 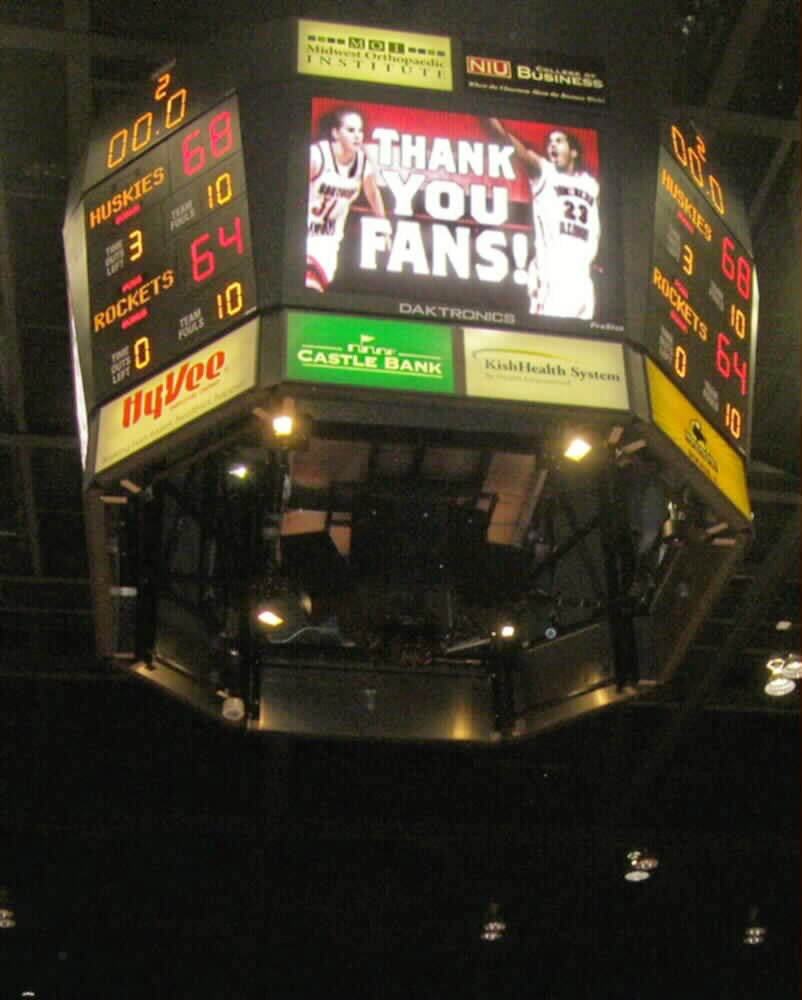 As a consequence of the win, the team will host a play-in game for the Mid-American tournament, next week.

Three local elementary schools sent busloads of kids to the game, and each school had the opportunity to feature in a group portrait with the team. 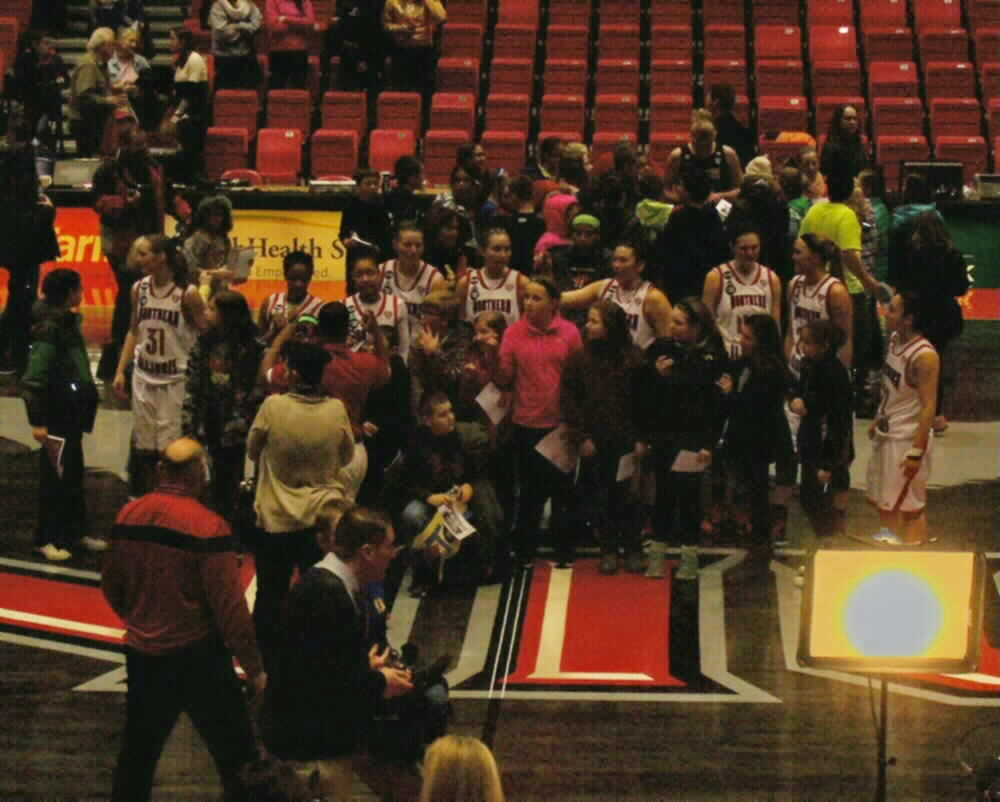 That light panel at lower-right is to illuminate the ESPN-3 broadcast team that was present at the game.  I really have to look into the cable and internet television viewership ratings sometime: you'll know MSNBC are in trouble when the ratings for ESPN-3 or ESPN-U exceed theirs.

Toledo's Sophie Reecher is from Byron, and a goodly number of her neighbors and onetime schoolmates were present to watch the game. 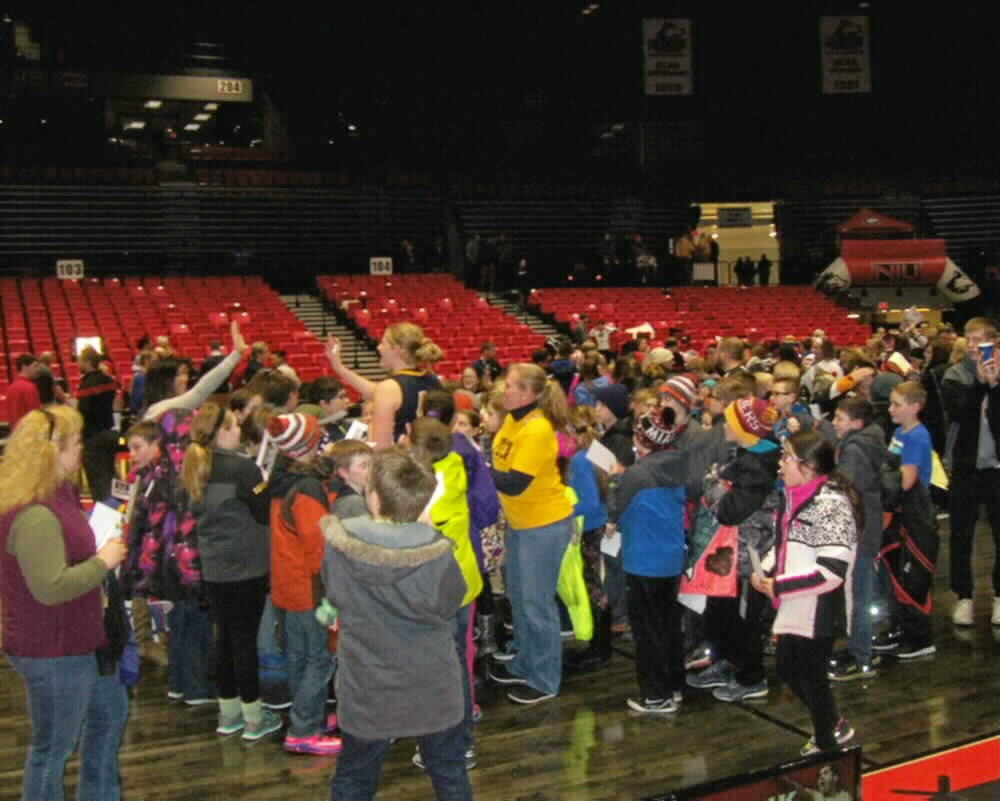 That's going above and beyond, to stick around and say hi to the neighbors after a tough loss.
Posted by Stephen Karlson at 15:12