THIS WINTER'S PROJECTS. I'm slowly getting the finishing touches on the Andreyev. There's been some time to contemplate the next project, which requires a great deal of coarse work with hacksaw and file on the brass components. 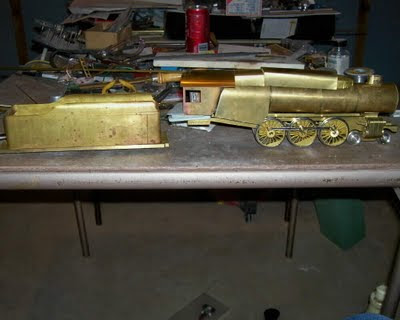 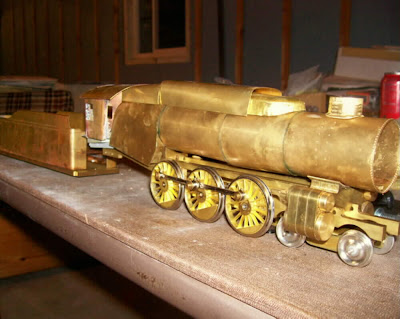 When I finally work up the courage to scratchbuild a slope-front cab (there being a project that calls for one) I'll probably lay both sides and the back out as one piece. Note the solder joints: there are two small front pieces tacked to the side, with the two sides tacked to the end. A sub-assembly of one piece, with the roof tacked to it, has to be easier. The fairing-in of the roof and turret casing pose challenges of their own. Figure some progress on that around Thanksgiving.
Posted by Stephen Karlson at 23:52