THE DIFFICULT WE DO RIGHT AWAY.

Ships sink.  Refloating them is work, but it can be done.  Costa Concordia is in a difficult place, but she's not likely to be dashed to pieces over the next century.


[I]f it's determined that the Costa Concordia can be saved, engineers could try to refloat the ship and tug it back to dry dock for refurbishing. The job will likely require 'a combination of barges equipped with winches and cranes' to pull the cruise liner off its side then once the Concordia is off the rocks, 'they are going to have to fight to keep it afloat, just like you would a battle-damaged ship.'

Precisely. Oklahoma capsized after being torpedoed at Pearl Harbor.

The holes have to be patched, then the hull has to be pumped out. 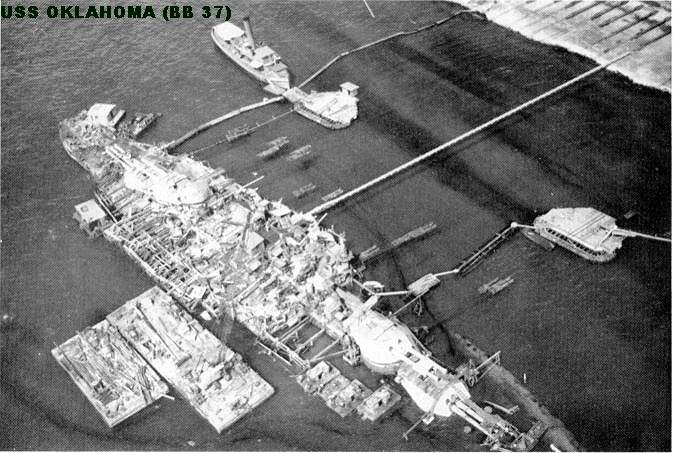 By the time Oklahoma was seaworthy, the war was well enough in hand that the hulk had only scrap value.  She foundered while in tow from Pearl to the West Coast.

Sometimes, the salvage job is more challenging because of the cargo.  Here, lake freighter E. M. Ford was not properly secured to a wharf in the Port of Milwaukee, and in the Christmas, 1979 storm, suffered hull damage from repeated collisions with the pier.  Her cargo: a load of dry cement. 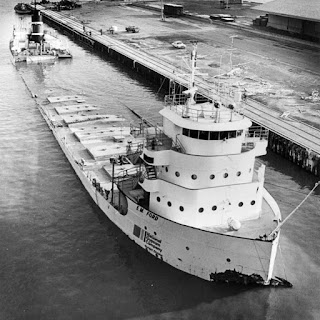 The lake can get rough, even inside the breakwater, and salvage on Lake Michigan in the winter involves cold conditions that don't prevail on the Mediterranean. 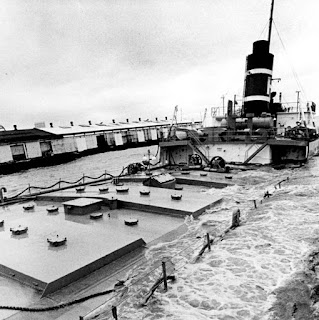 Ford was refloated, continued to haul cement for another 25 years, then went for scrap despite being the oldest active Lakes freighter at her retirement.
Posted by Stephen Karlson at 20:44