The culture-studies types have completely ruined the art of social criticism.

It thus falls to the economists to keep it alive.


I laughed so hard to the point of nearly crying. This one ad brilliantly calls out the snobbery of craft brew culture and all the pomp that goes with it. Nowhere does it make a direct pitch for Bud Light. It just says exactly what we think but never say: Bud Light is a people’s beer, and that’s just fine because now the people rule.

So embedded in this commercial is a bit of the story of the rise of capitalism itself. It was the marketing principle that flipped history. No longer would the elite of the past determine the tastes of the kingdom and the way resources would be used. There would be mass production for the masses of people. It was a revolution in history, and one that would never stop.

And from a marketing point of view, this commercial deals directly with Bud Light’s real competition in the craft brew industry, which is making inroads by the day. Bud Light obviously cannot claim to have a better product. And guess what? Everyone knows that. Everyone knows what a Bud Light is: it is a beer-like drink that is watery but let’s you drink a six pack in an evening without any great disaster the next day. Sorry snobs, but the people like this feature.

He's right about the near-beer properties of light beer, you know.

And the advert, of course, had to be set in England, because Reinheitsgebot! 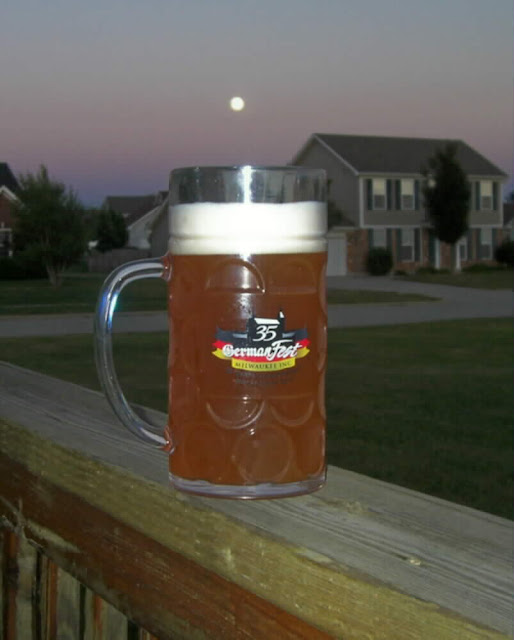 But hey, even in a beer commercial there might be some hidden meanings.  "In the real world, it is the local craft brews that broke the monopoly control of the old-world domestics, to add some free-market competition to a stagnant industry. And that makes this ad even more special, with Bud Light trying to recapture the legitimacy of its dominant market position."

Prosit!
Posted by Stephen Karlson at 13:28