THE LITTLE PLATOONS OF CIVIL SOCIETY.

During the Festive Season, the Canadian Pacific Holiday Train does its part to help food pantries in stressed areas.

We have followed its travels, along the Route of the Hiawatha at Gurnee and Sturtevant, and along former Milwaukee Road metals that have returned to the Canadian Pacific fold at Pingree Grove.  The next stop west of Pingree Grove is Byron, where The Milwaukee Road crossed the Chicago Great Western.  The train is on a day schedule through Illinois to Savanna, where it will get onto the old Dubuque Division for Marquette. 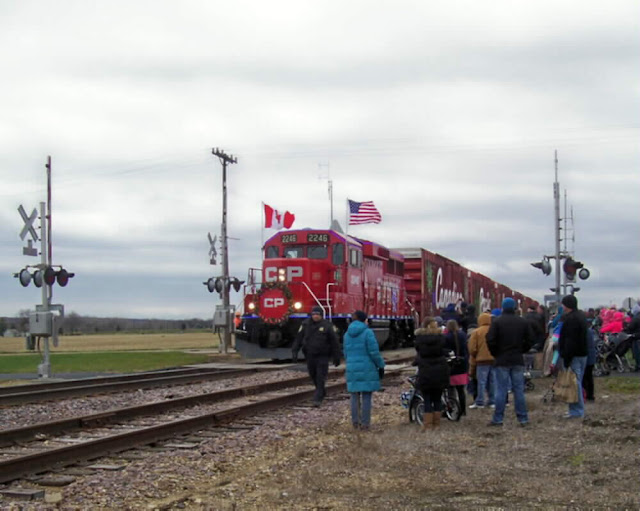 The crossing protection is deactivated in order that the bells not overwhelm the music.  Local law enforcement keeps spectators back from the tracks.  How many different types of diesel prowl the rails as a GP20, which is Canadian Pacific's designation for this rebuild. 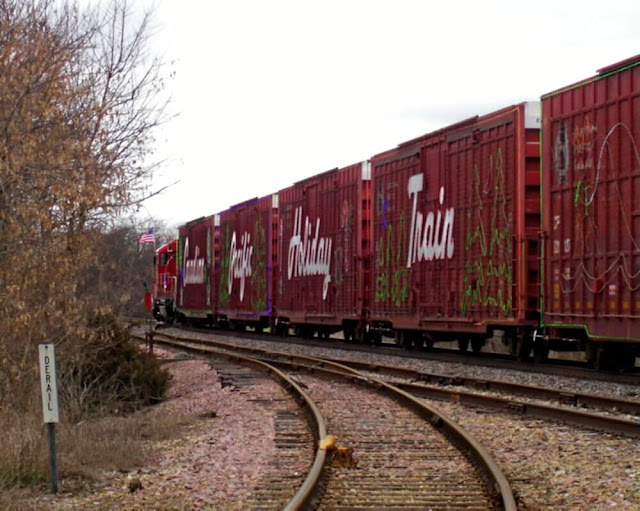 The title cars, with the lighting doing what it can to dispel the midday gloom.  Overcast, but no snow.  The track protected by the derail is the old Chicago Great Western, which, in addition to serving the nuclear power plant east of the Rock River, features a respectable number of in-town industrial spurs. 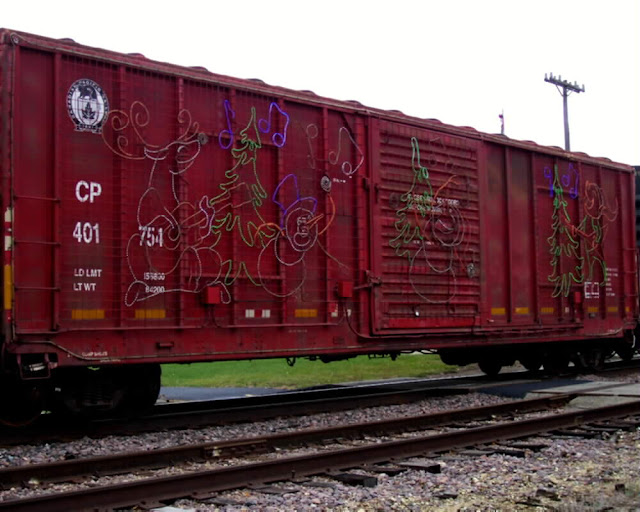 A little work in the darkroom, er, computer, and the lighting shines through on this box car. 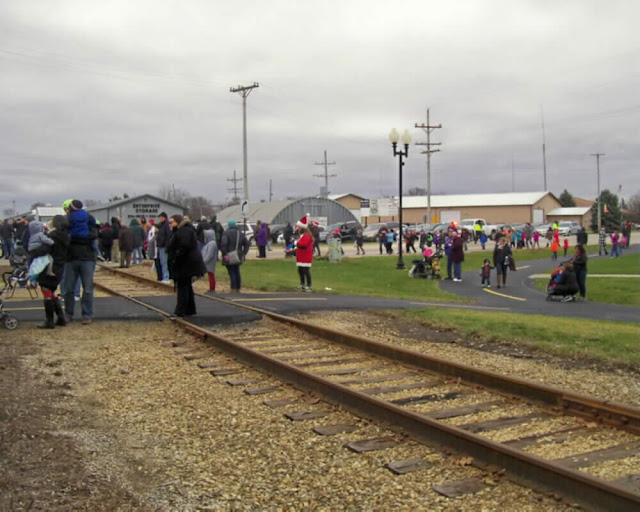 What it's about ... the train called at a crossing hard by the high school and one of the elementary schools, at lunchtime, and the kindergarteners walking to trackside behind had a successful food drive, if the hampers their teachers were carrying was any indication.  The local food bank left with a fully-loaded pickup truck.  The preschoolers got their fresh air, and more than a few of them brought canned goods. 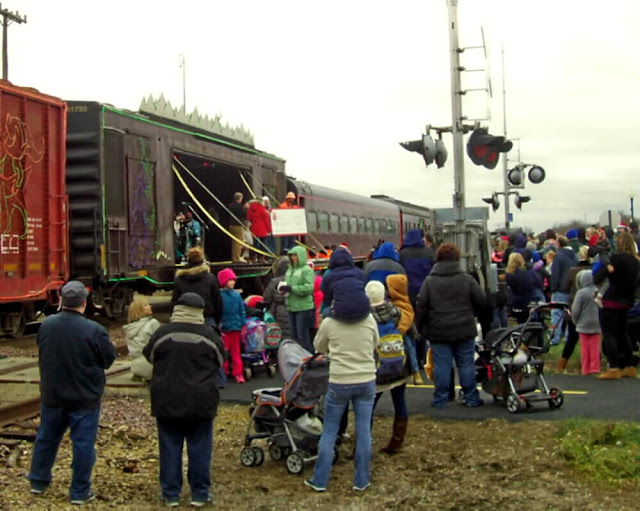 A concert by Kelly Prescott and Colin James, and Canadian Pacific officials presenting a check to Byron officials. 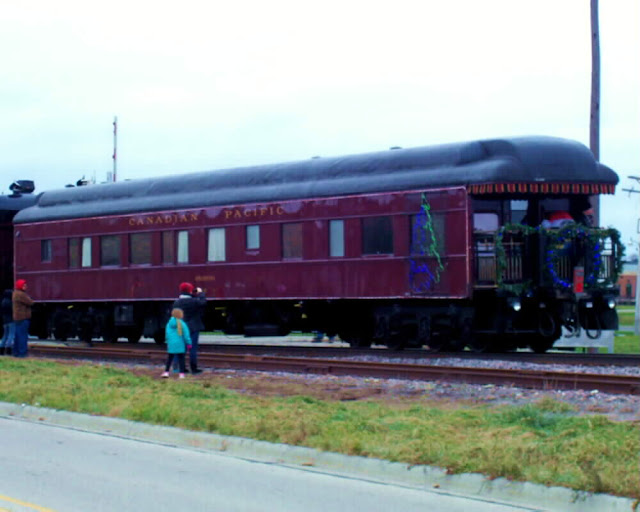 Time to go.  Business car Strathcona carries the markers, and Santa.
Posted by Stephen Karlson at 12:31