WESTWARD LEADING, STILL PROCEEDING. The Canadian Pacific Holiday Train made its Gurnee call on Saturday. I overtook it on the Tri-State Tollway near Abbott Park. A few drivers appear to have been surprised to see it, but for the most part drivers were up to their usual exceed the speed limit, nobody's watching. 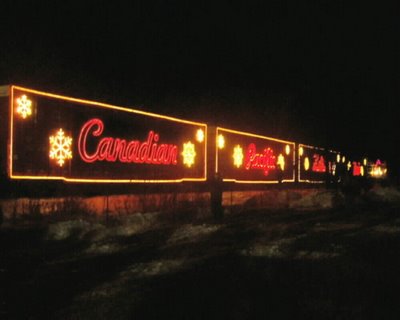 Most of the consist is along to provide additional braking power and to give the appearance of a real train. Passenger accommodations are in three office cars and a coach at the rear. Those reflective heralds really work. 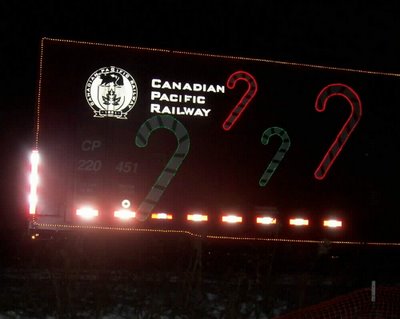 The stage car, midtrain, appears to be a boxcar with additional doors. The entertainment: country singers, more references to Christmas than a government agency would be comfortable with, lots of opportunities to sing along to the seasonal standards. 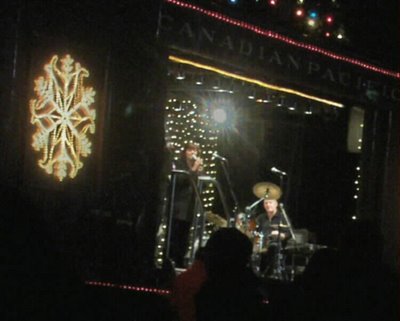 In Gurnee, the stop was for the benefit of the Northern Illinois Food Bank. Donation boxes were available, and I did see several truckloads of in-kind contributions as well.
Posted by Stephen Karlson at 23:11