As I type this post, San Francisco's Municipal Railway prepares to shut down its cable and historic trolley car lines, and replace the trackless trolleys with buses. 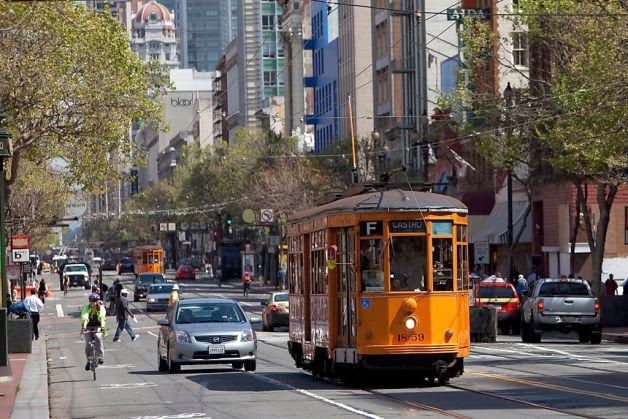 The football game may be in Seattle.  Because the Seahawks embargoed sales of tickets to California, there may be a lot of 'Niner fans in the Bay Area with cause to celebrate, or to gripe.


Don't plan on riding San Francisco's cable cars downtown or the historic F-Market streetcars Sunday afternoon during the 49ers' playoff game or into the night. And don't expect the city's electric trolley buses to show up at all on game day.

That's because Muni wants to protect its historic cable cars and streetcars from overzealous fans, vandals and other troublemakers who might get a bit too rowdy after the Niners win - or lose - in Seattle. It also wants to protect revelers from hurting themselves.

Buses, whether ordinary diesel, or hybrid, are expendable.

That's something backers of light rail, or of heritage trolley lines, might want to keep in mind.  Tourists and shoppers don't go to your town for its buses.
Posted by Stephen Karlson at 15:56