In the rest of the world, Booyah! is an expression of cheerfulness, or something.

In Green Bay and surroundings, it's a stick-to-your-ribs staple of church suppers, and perhaps among early arriving tailgaters on the days the Tundra freezes. 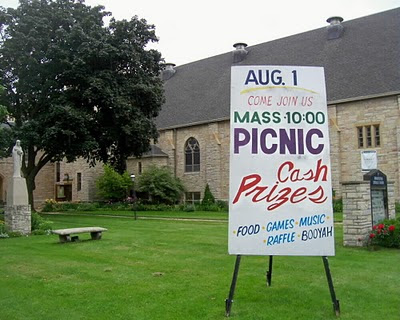 
You may know Wisconsin has a state animal (badger), a state song (“On, Wisconsin”), a state bird (robin), and even a state dance (polka). Now a number [of] Green Bay-area lawmakers want to add an official state soup to the list.

There are as many recipes for booyah as there are Catholic churches.  The only constant appears to be that a proper batch requires an open fire, a large pot, and a canoe paddle to stir the mix.  On the other hand, the official state pastry is the kringle, a Danish concoction that by historical accident has a mother lode of bakeries in Racine.
Posted by Stephen Karlson at 12:52