DID POTEMKIN HOUSES HAVE PRETTY FRONT PORCHES? I have long taken issue with our director of athletics describing his operation as the "front porch" for a university. What goes on in the reading room and the kitchen also matters. At Northern Illinois, the students seem to understand this.

Elsewhere, evidence of deferred maintenance in the reading rooms and kitchens accumulates. University Diaries has been following developments at several campuses.

At Oregon, a number of professors have gone public with their objections to the administration's revealed preferences.

As professors at the university, we find it increasingly hard to tell whether the University of Oregon is an academic research and teaching institution devoted to the education of our state's students, or a minor league training ground for elite athletes. Academic departments struggle to make ends meet because of repeated budget cuts, but the president allows lavish spending by the athletic department. These actions have consequences for our students and faculty, and the university's academic stature.

This is the same Oregon administration that a few years ago decided the faculty needed more reeducation in cultural competence. But while the front porch gets a new rocking chair and the administrators establish their multi-cult bona fides, what goes on in the classroom sounds familiar.

Students are affected by poor resource allocation in other ways. Class sizes have grown since 2000 because of a 20 percent increase in undergraduate enrollment, without an equivalent increase in full-time faculty. Students are closed out of classes because there are not enough faculty to teach them. Graduate students, the life-blood of a research university, have dropped by 10 percent since 1970. Instead of hiring new faculty and attracting new graduate students, the university has devoted scarce resources to boosting the number of athletic coaches and staff by 25 percent since 1994. What's more important at the university, better education or better games?

(We continue to manage with half the faculty we had in the late 1980s, and I have now counted 10 or 11 requests to get into my closed classes, which sold out during November early registration. If there were some way I could run my classes as an independent contractor ...)

Chicago is ranked ninth among all universities in the nation, according to U.S. News and World Report; Minnesota is ranked 67th. Chicago, a private school, has an endowment of more than $4 billion, 13th largest in the nation. Alums still seem to be giving.

There might be some Nobel-class economists on the Minnesota faculty.

Such a very big payout also sends a very wrong signal regarding the priorities of the university. It now becomes very apparent that education is no longer the No. 1 priority in the campus. It is also now clear that boosters run the university, instead of academic minds.

It is also perplexing that the university is pleading for more money from the state educational trust funds, but at the same time has the audacity to squander annually $4 million of university funds to gain football prestige. UA is an educational institution, not an NFL franchise.

In my 12 years as president of the University of Oregon, I have watched debates that pit the various elements of higher education against one another.

These debates assume that the success of one comes at the expense of the other - research or teaching, undergraduate education or graduate, in-state students or out of state.

Ask a professor to meet more classes or larger classes, see if he hits the top journals as frequently. Hire adjuncts to meet multiple sections of introductory classes: the remaining tenured faculty who were hired to direct dissertations will get the message. Devote some of your capacity to chasing the excess demand for prestige degrees, listen to the discontent from in-state parents and students. 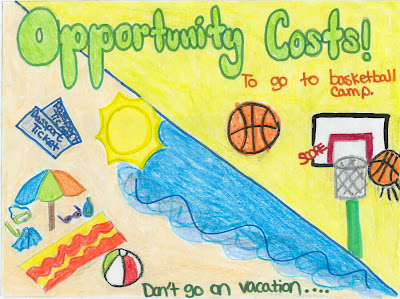 Seventh graders grasp this concept. What is David Frohnmayer's excuse?
Posted by Stephen Karlson at 12:27