A container train has departed South Essex with British goods for China. "Bound for Yiwu in the Zhe Jiang province in eastern China, the train will take three weeks to make the 7,500 mile journey, and will carry a mixture of British products including soft drinks, vitamins, pharmaceuticals and baby products."  That's faster than sending a container ship around Good Hope or through Panama or using the North American land bridge. 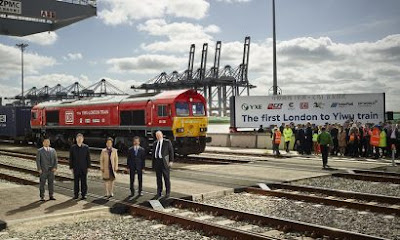 Despite the impending withdrawal of the United Kingdom from the European Union, officialdom thought this train departure was a F***ing Big Deal.

Meanwhile, the transpacific movement of containers (some of which might be headed to Europe) goes on as usual in North America. 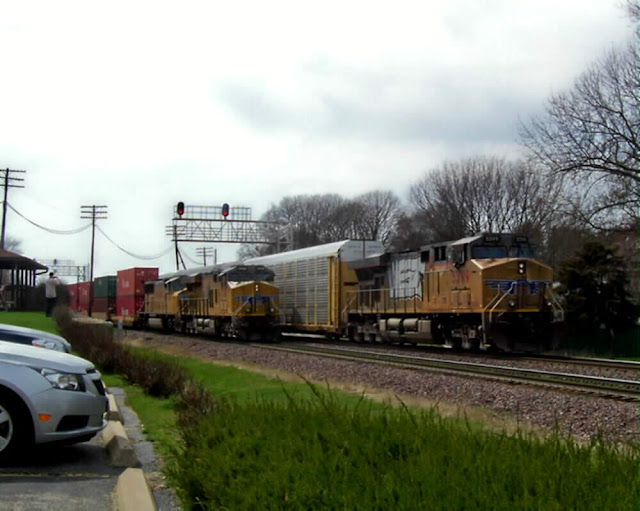 Sunday afternoon was gorgeous for train-watching at Rochelle.  The classic Chicago and North Western gantry is gone, and Union Pacific see no reason for a second head on each signal, the entrance to Global III yard notwithstanding.  And Union Pacific left a locomotive standing still long enough for a tagger to tag it.

The red K-Line containers are for overseas movements.
Posted by Stephen Karlson at 16:37