Business Insider presents a photo essay on Japan's Shinkansen, which began service just before the Tokyo Olympics.  The original Tokyo to Osaka line now offers service on streetcar headways, almost the length of the big island.

A few items in the essay call for additional clarification.

"When the Shinkansen first appeared, it was unlike anything people had seen before. So they simply referred to it by the shape of its design."

I hesitate to say "unlike anything."  In Trains, William D. Middleton characterized the train's appearance as a cross between Union Pacific's M-10000 and a Boeing 707. 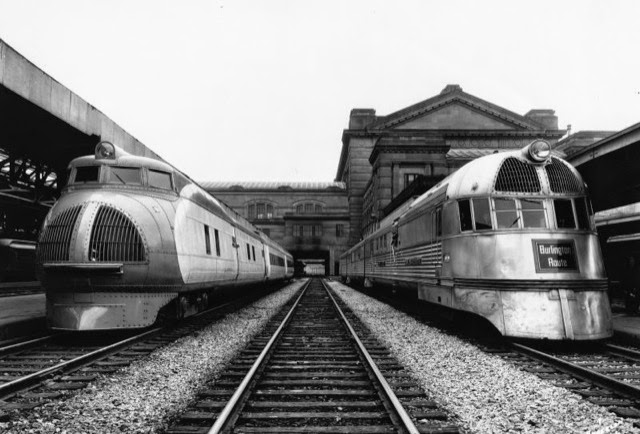 The Union Pacific bullet train is at left.  The Pioneer Zephyr at right might have inspired the slanted nose that is on the more recent trains.

And I have to quibble about that "innovative propulsion design."  In the words of the report, "...engineers placed electric drive motors in each of the train's cars."

You must remember this.  There are reasons I call the Electroliner the Mother of All Bullet Trains. 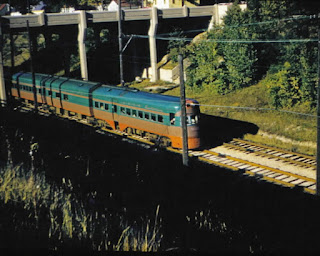 And the same concept is in electric multiple unit sets worldwide. 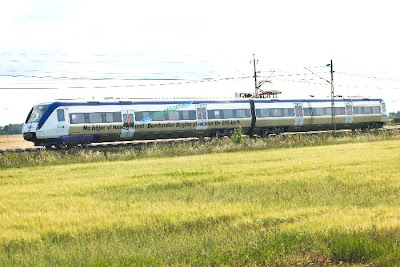 The original bullet trains offered a full dining car, something that may not be cost-effective given the shorter running times of the accelerated trains today.  Perhaps a snack bar serving drinks and light meals would be more useful. 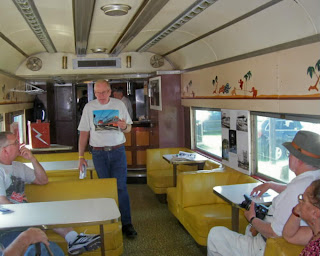 Maybe instead of dancing elephants and giraffes, Pokemon characters?

Clear signals and fast tracks ahead.
Posted by Stephen Karlson at 17:17