The first modernization of Amtrak service came with fixed-formation RTG turbotrains, imported from France.  They were first assigned to regional service out of Chicago, with the most common assignment being the Milwaukee service.  Yes, in those days, the Milwaukee service featured food service. 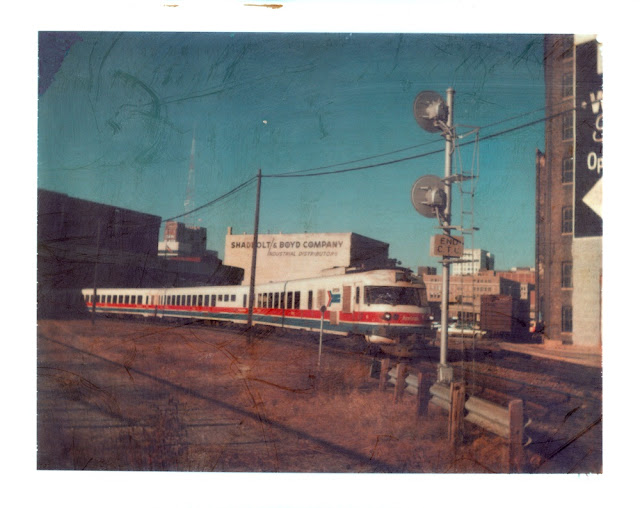 Here is such a train leaving Milwaukee sometime in 1979.  One power coach was configured with 2-1 business class seating, although that was never sold as such, and the food service car had a cafeteria setup that later appeared in the Superliner lounges.

But a fixed formation train is not easily adapted to peak loading, such as the morning departure for and evening return from Chicago, or for the holiday rushes.  The power plants weren't adapted to cold weather, and a small fleet of trains equipped with French parts and metric fittings isn't going to make the Master Mechanic happy.  All the same, Rohr Industries later built similar trains for use in New York service, and some of the French units received new cabs to look like the Rohr units.  And some of the New York trackage was upgraded to permit the trains free rein to 110 mph, something that did not happen on the Chicago-based services.

Now, all are gone.  A cab car and possibly another car or two are still in a scrapyard somewhere in Indiana. 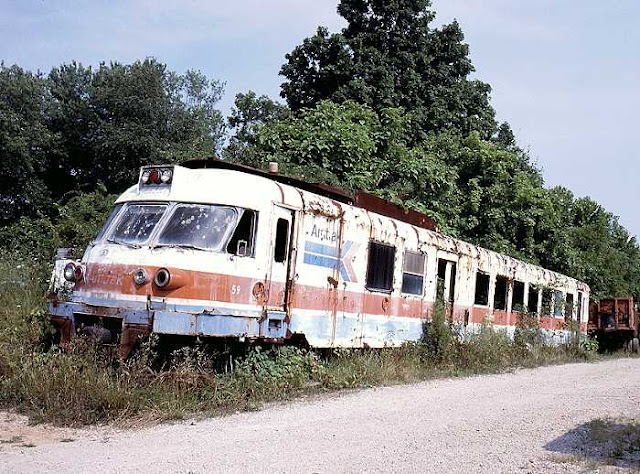 As of late 2012, the New York sets were idle but offered for sale by the state government. 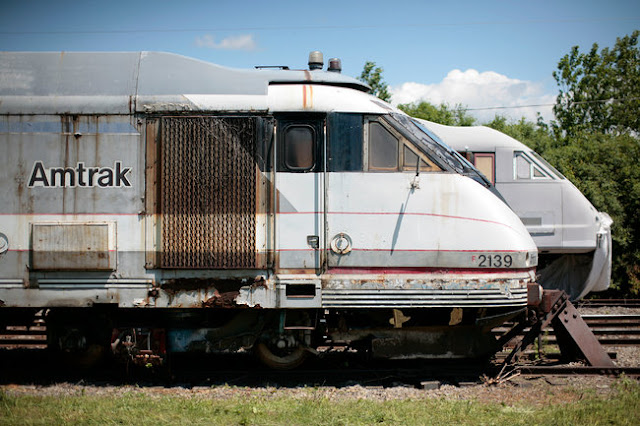