In August, Sports Illustrated featured the University of Wisconsin offensive line on one of its regional college football preview issues.  Lots of heady talk about national championships and Red Robin hamburgers.  Make that "humbling and nerve-inducing" talk.

Brigham Young provided an early dose of the humbling, with the ordinarily reliable field goal kicking coming up short.

Northwestern redeemed their investment in a football practice complex worthy of Oregon.

But there was one thing you could depend upon, right? 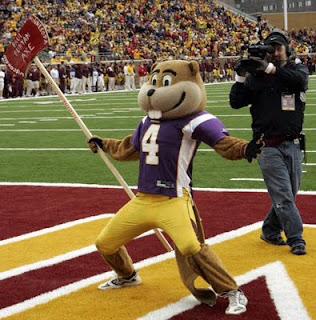 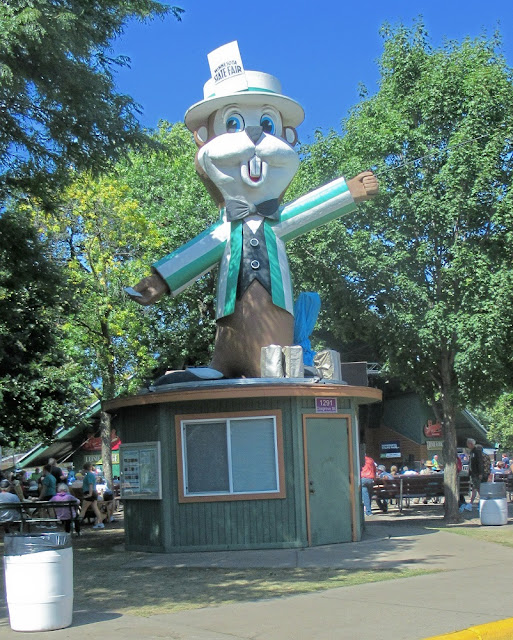 That seemed like a sure enough thing that Milwaukee Journal-Sentinel sports pundit J. R. Radcliffe could open a bit of sports history like this.


Saturday's battle between Minnesota and Wisconsin for Paul Bunyan's Axe will give the Badgers a chance to win the rivalry game for a 15th consecutive year. At this rate, pretty soon there will be kids enrolled at the University of Wisconsin who weren't even alive the last time Minnesota defeated the Badgers.


The University of Wisconsin football team (7-5, 5-4 Big Ten) fell to the Minnesota Golden Gophers (6-6, 3-6 Big Ten) 37–15 Saturday afternoon at Camp Randall. The loss means the Badgers will forfeit their hold on the historic series record which is now tied 60-60-8, ending their 14 game win streak versus the Gophers.

The defeat caps one of the most disappointing regular seasons in Wisconsin football history. Ranked No. 4 entering the year and heralded as an early season College Football Playoff favorite, the season ended with the Badgers barely clinging to bowl eligibility.

That long winning streak, in other words, just got the series to even, kind of like recent long Green Bay Packer winning streaks against the Bears.


With the win, the Gophers become bowl-eligible for the first time since 2016. Wisconsin, on the other hand, cost themselves a chance at an upper-tier bowl game with the unexpected defeat. This means the Badgers will likely play in a mid-tier bowl like the Redbox Bowl in Santa Clara, the Gator Bowl in Jacksonville or the Pinstripe Bowl in New York.

Though disillusioning, a loss to Minnesota seems like a fitting way for the Badgers to end a regular season characterized by unmet expectations.

It's not too bad a season for Minnesota coach P. J. Fleck, a former Northern Illinois receiver and assistant coach who Minnesota hired away from Western Michigan.


Minnesota, meanwhile, has reached back to the Mid-American and to Northern Illinois, bringing in Western Michigan coach P. J. Fleck, whose Western Michigan team just got back from the New Year's Round of Six and a ...

It was about the Axe, all along.