VESTIGES OF THE INTERURBAN ERA. Saturday was a great day to be outside and go exploring. My choice: a couple of the Chicago commuter railroads that I haven't ridden recently (I've now explored all the lines except the Metra Electric's South Chicago branch and the main line south of Kensington.) First up: the South Shore Line. (That posting on interurbans got me thinking, hey, it's been 12 years since you've ridden the South Shore.) In order to carry out this excursion in full, I had to catch the first train out of Chicago, at 8.05 am, before the ticket office opened. So the conductor issued me a cash fare receipt. 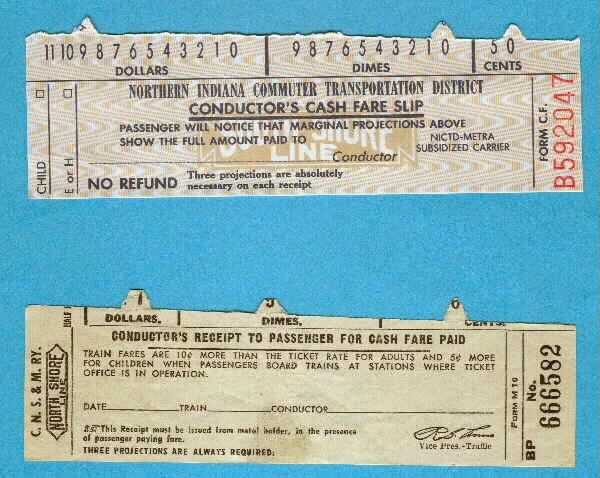 There has been more work done at the east end of the interurban, which ... imagine this ... is a passenger station at the South Bend airport, forsooth. (Thus, like the North Shore, the South Shore cars board from floor-level platforms at both namesake cities.) The platforms, shown here at May 11, 1993, are now under a train shed. The platforms, however, will only hold two cars. 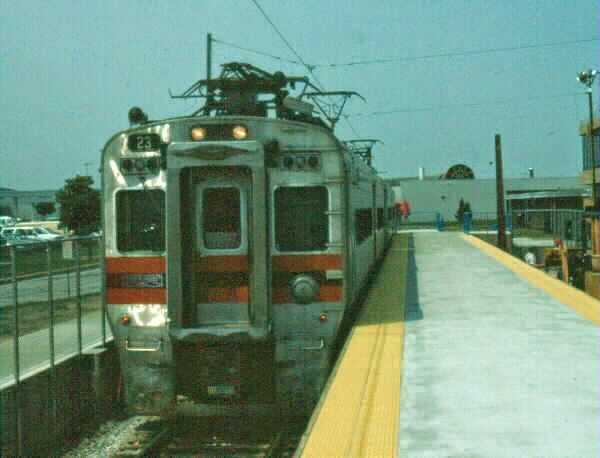 The South Shore added six coaches at Michigan City Shops, and the train was pretty full by the time it left Hegewisch, the last station at which it receives passengers. More and more residents of Greater DeKalb are discovering that the weekend trains are an excellent way to avoid the commuting and parking hassles in downtown Chicago. The air show and a Bears exhibition game generated lots of traffic.

From the South Shore, it's on to the Milwaukee District North Line. It has been some time since I last rode the Hiawatha Service to Milwaukee, and the last time I was on the Fox Lake Branch was in the summer of 1970, sampling the weekend-only Varsity to Madison. Again, long trains, well-patronized inbound with kids headed to a performance at something called "the Metro" (ask a kid) and Bear fans headed to the preseason game (got news for you, class outfits wear green, enjoy the preseason.) The Burlington line was offering its expanded busy-weekend service, with semi-fast relief trains, first stop Downers Grove, strengthening the hourly locals.

My fifty-year-old legs are still lively enough to make a walking transfer from North Western Station to Randolph Street with enough time to buy a coffee and drink it, and to make a transfer from the late-running Milwaukee to the Union Pacific West Line Overland Route (the north exits from Union Station help out, but I did take a chance grabbing some take-out tacos at the Taco Bell on the ground floor of the North Western Station.) train full of sleepy kids and people who enjoyed the air show. Although no train was on time (Metra may have to rethink weekend dwell times, particularly in the summertime) each was close to time and I made all my connections.
Posted by Stephen Karlson at 20:08